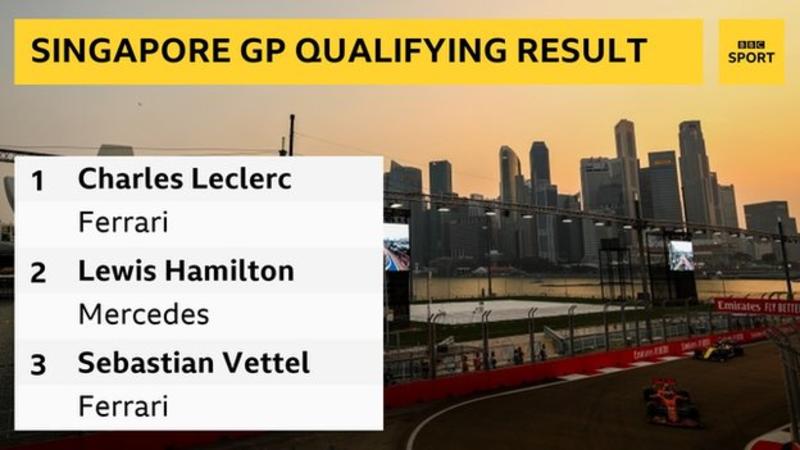 Leclerc on pole in Singapore

Ferrari’s Charles Leclerc took his third pole position in a row with a superlative performance in qualifying at the Singapore Grand Prix.
The 21-year-old beat Lewis Hamilton’s Mercedes by 0.191 seconds as both slipped ahead of early pace-setter Sebastian Vettel’s Ferrari on their last laps.
Vettel, who was nearly 0.2secs up on Leclerc after the first runs, aborted his final lap after an error.
Hamilton snuck ahead of Vettel by 0.029secs to join Leclerc on the front row.