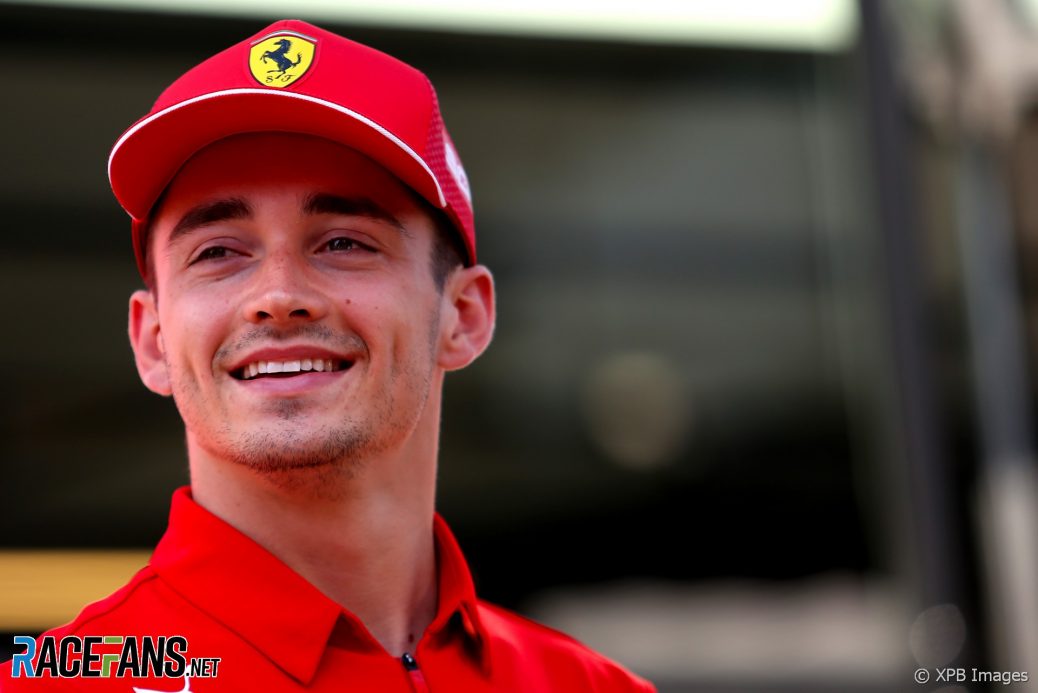 Charles Leclerc says he hasn’t felt any extra pressure in his first half-season as a Ferrari driver.
Leclerc stepped up to Ferrari from Sauber (now Alfa Romeo) last year.
Although he is one of the youngest and least experienced drivers to join Ferrari in recent seasons, Leclerc says he is able to deal with the extra attention which comes with the role.
Charles Leclerc: “Obviously being a Ferrari driver is always a dream come true but it also is quite a lot more work.”
Leclerc has made clear gains in recent races, notably in the his qualifying performances.