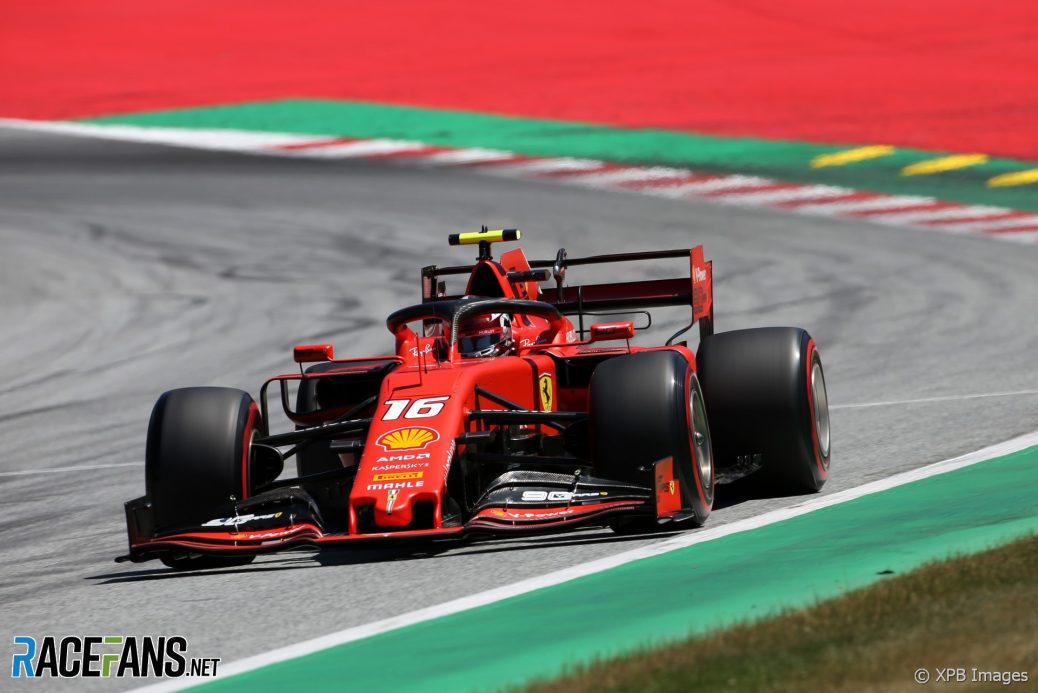 Charles Leclerc says a change in set-up philosophy at Ferrari was behind his run to pole position for the Austrian Grand Prix.
Leclerc gave the team their third pole position of the season so far, and credited changes the team has made since the last race.
Charles Leclerc: “We tried a different set-up philosophy and it seems to be a bit better.”
Charles Leclerc: “I probably over-pushed [before] and then on the set-up side tried to anticipate the track evolution which is quite a big factor now in Formula 1.”