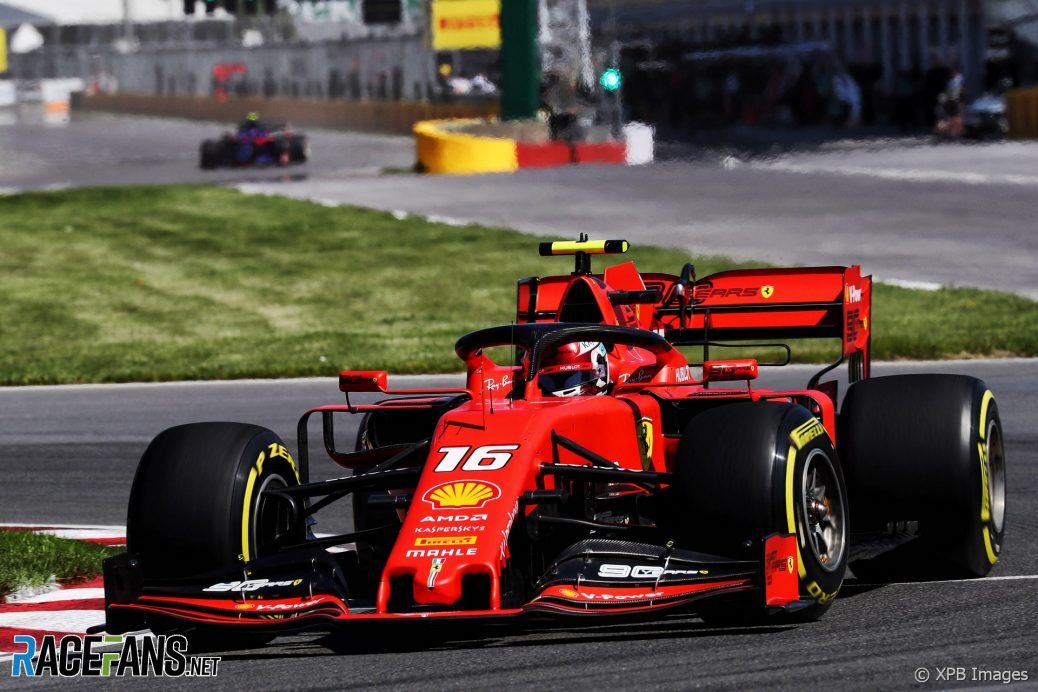 Ferrari led the second practice session for the Canadian Grand Prix after Lewis Hamilton hit the wall.
Hamilton, who was quickest in the first practice session, headed the early times in the second 90 minutes of running before he lost control of his car on the apex kerb at turn nine.
That prevented Hamilton from doing both a low-fuel qualifying simulation and a high-fuel run at the end of practice, depriving Mercedes of useful data.
Hamilton wasn’t the only driver to touch a barrier.
That pushed Kevin Magnussen’s Haas down to fifth, followed by Hamilton.