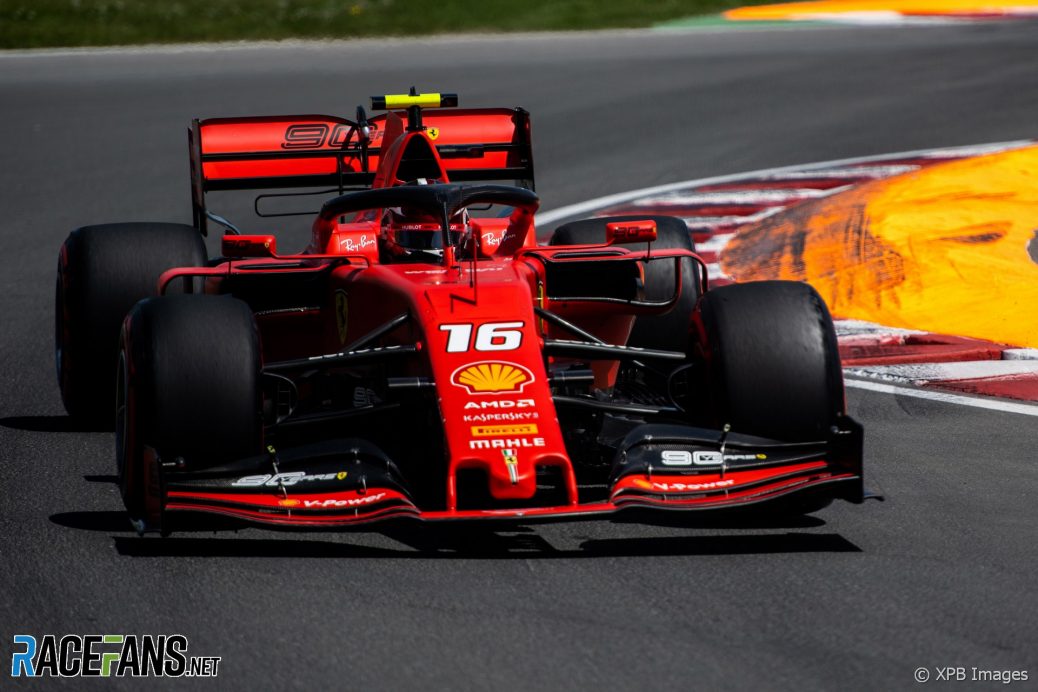 Charles Leclerc has kept his third place on the grid despite being penalised for an infringement during qualifying.
The Ferrari driver was found to have rejoined the track in an incorrect fashion after going off at turn nine.
The stewards ruled Charles Leclerc “rejoined the track safely, recognised his error and aborted his lap in order not to gain a sporting advantage”.
The lap time he set was deleted, which does not affect his qualifying position.
The stewards noted that “had this incident occurred during the race a time penalty would have been imposed.”
Browse all 2019 F1 season articles.