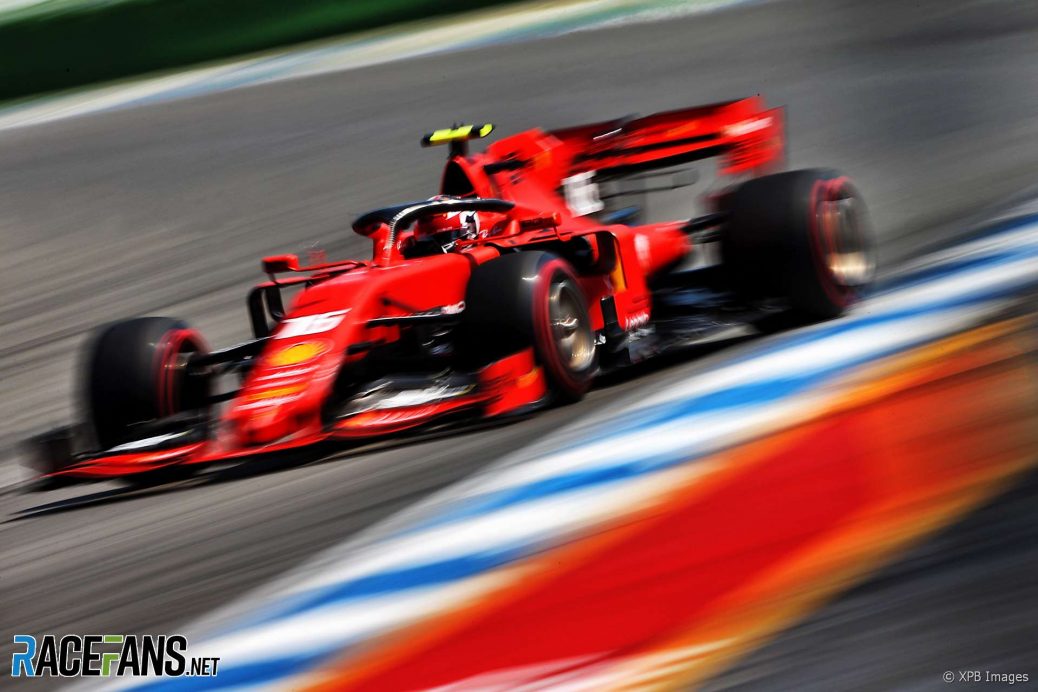 Ferrari completed a sweep of both Friday practice sessions at the Hockenheimring as their drivers led the way again.
Leclerc produced a 1’13.449, just over a tenth of a second faster than Vettel managed.
Both Ferrari drivers faded at the end of their flying runs but Lewis Hamilton, who was close behind the pair in his Mercedes, set the fastest time of all through the final sector of the lap.
Carlos Sainz Jnr, the leading McLaren driver in 11th place, also had to head for the pits with a car problem later in the session.