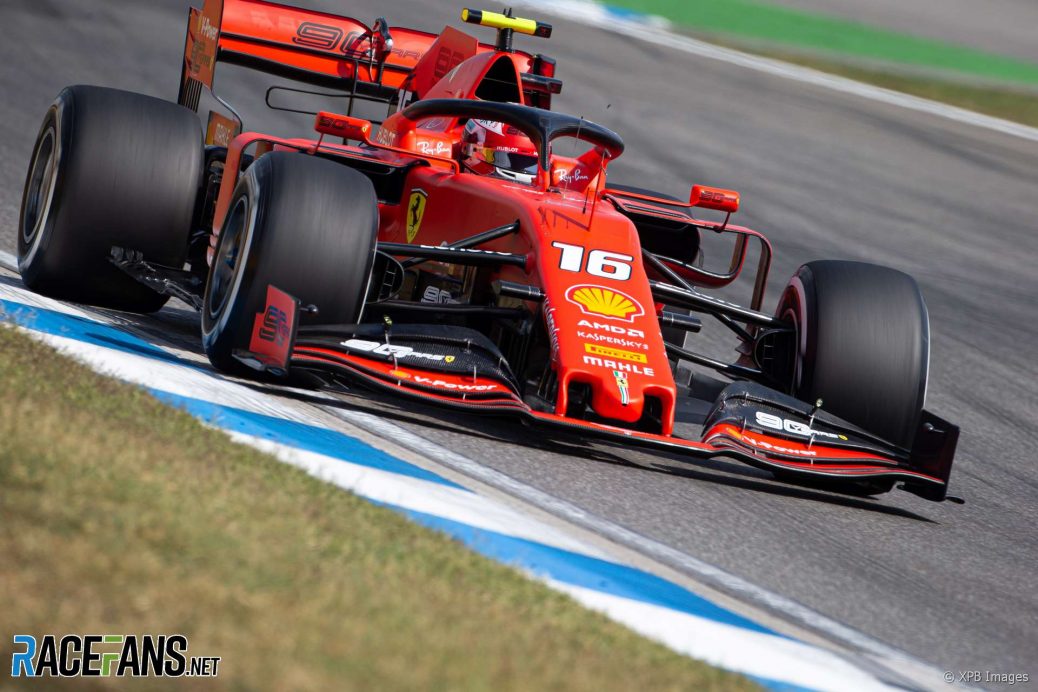 Ferrari completed a clean sweep of all three practice sessions for the German Grand Prix as Charles Leclerc headed the final hour of running before qualifying.
Leclerc consistently led the field throughout the session and set two laps quick enough to top the times.
The Red Bull driver split the two SF90s, lapping just a tenth of a second off Leclerc’s pace.
Sebastian Vettel was one of several drivers to have a lap time deleted for running beyond the kerb at the exit of the final corner.
Valtteri Bottas led the way for Mercedes, but was over half a second off Leclerc.