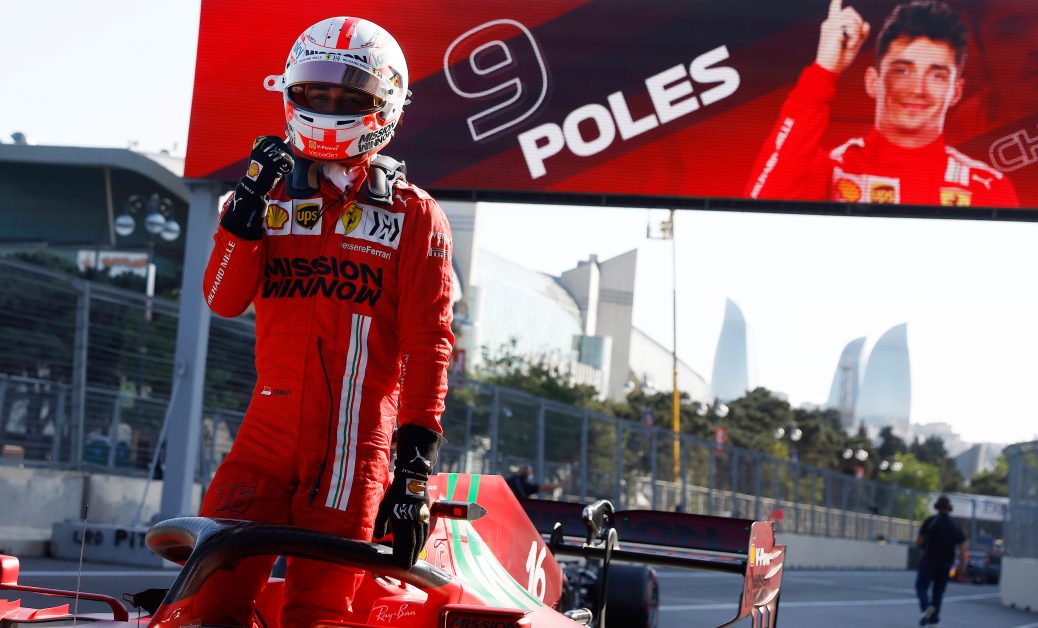 CHARLES LECLERC sealed pole position for tomorrow’s Azerbaijan Grand Prix after a chaotic qualifying in Baku. Leclerc grabbed his second pole position on the trot after starting Q3 with a sensational 1:41.218 time – despite feeling it was a ‘s*** lap’. I was improving again [before] the red flag but it’s like this, another pole, and I’m happy anyway.”. Lewis Hamilton will begin tomorrow’s race in a creditable second position, having even admitted that his team had ‘struggled’ going into qualifying, ‘chasing their tale’ in order to get it right. Leclerc then got off to a brilliant start in Q3, setting what would ultimately be the fastest time.