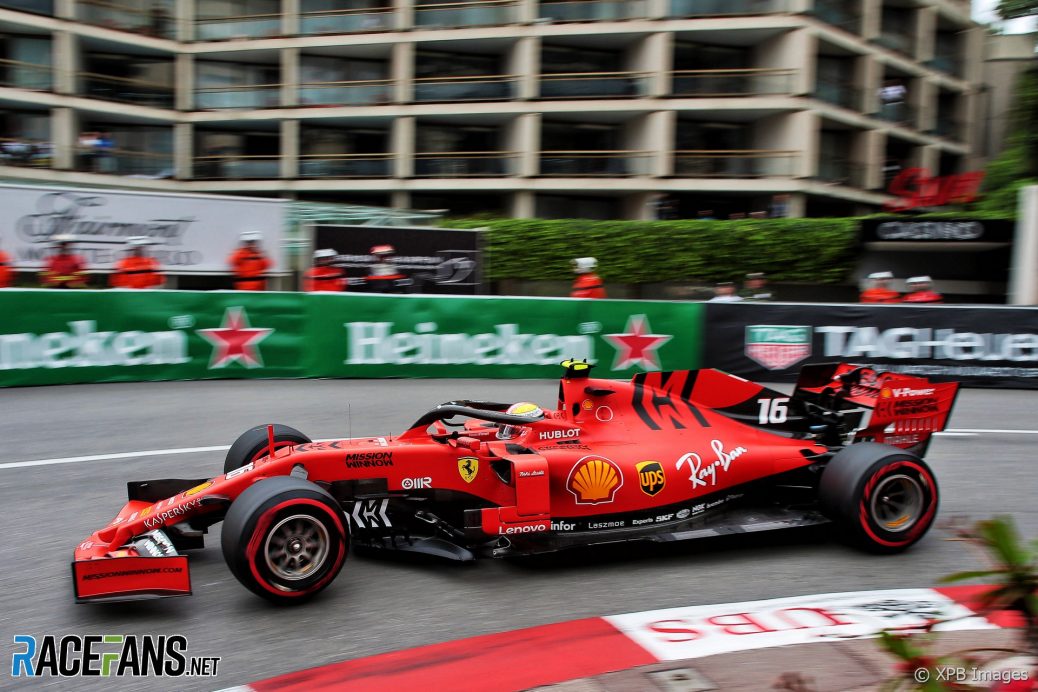 Charles Leclerc gave Ferrari some encouragement in an otherwise difficult final practice session for the team.
He ended the final hour of practice before qualifying for the Monaco Grand Prix with the fastest time on a 1’11.265, a tenth of a second off Valtteri Bottas’s best time yesterday.
However Leclerc faces an investigation by the stewards over his driving during a Virtual Safety Car period.
Valtteri Bottas led the Mercedes pair, a mere five-hundredths of a second slower than Leclerc.
Browse all 2019 Monaco Grand Prix articles.