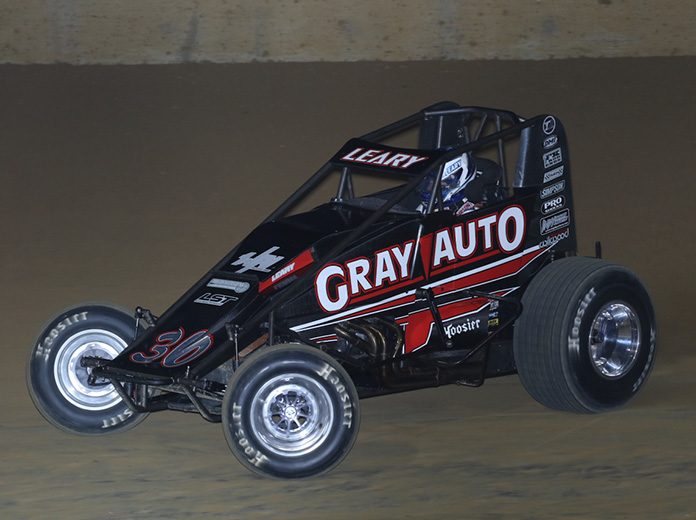 – Entering NOS Energy Drink Indiana Sprint Week, it had been three years since a driver had gone back-to-back with consecutive victories in the annual tour of the Hoosier state. Leary, has now become the most recent individual to accomplish the feat by leading all 30 laps of Sunday night’s third round of Indiana Sprint Week at Lawrenceburg Speedway. Coming into Sunday, he’d been the only driver to have finished inside the top-five of the Lawrenceburg Indiana Sprint Week event in each of the last four years, a streak he’s now run to five. First, Windom slid by Seavey for the runner-up spot in turn one on the 15th lap. With his victory, Leary’s 12th overall win at the track equaled the previous summer’s Lawrenceburg Indiana Sprint Week winner, Grant, as the winningest sprint car driver on the three-eighths-mile iteration of the track, which began in 2008.