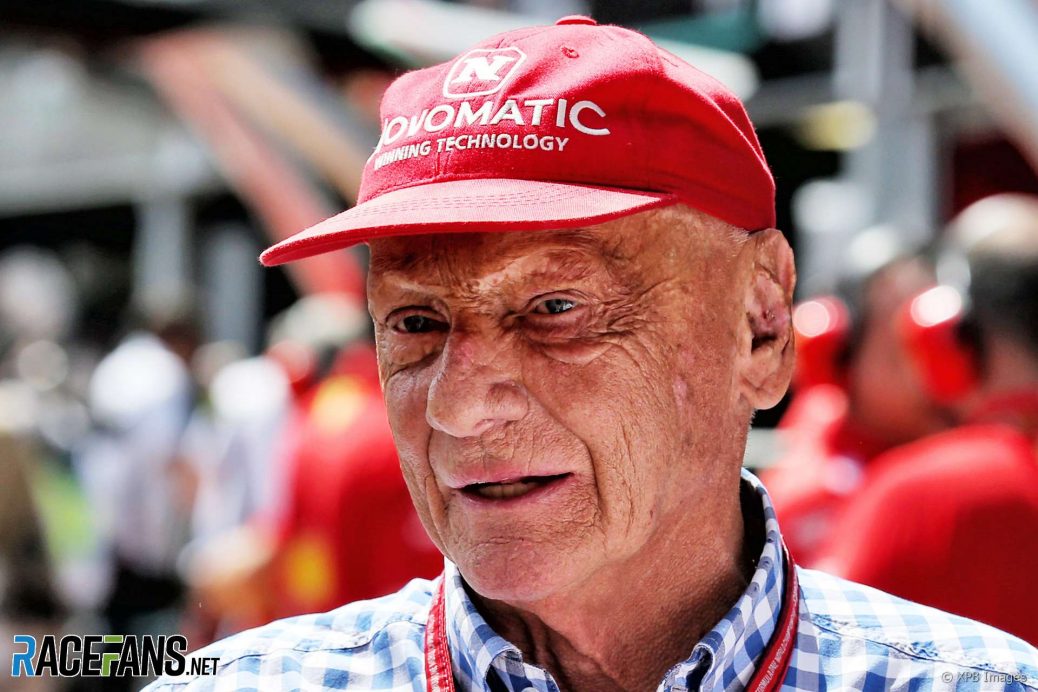 Niki Lauda’s funeral will take place on Wednesday in Vienna.
Formula 1, the FIA and the Automobile Club de Monaco which organises the race, have invited fans to join in the tributes to the former Ferrari and McLaren driver on the ‘in-lap’ after the race.
Several teams are carrying tributes to Lauda, including Mercedes, for whom he was a non-executive director.
Other teams are also carrying tributes, while Sebastian Vettel is wearing a replica of Lauda’s helmet design.