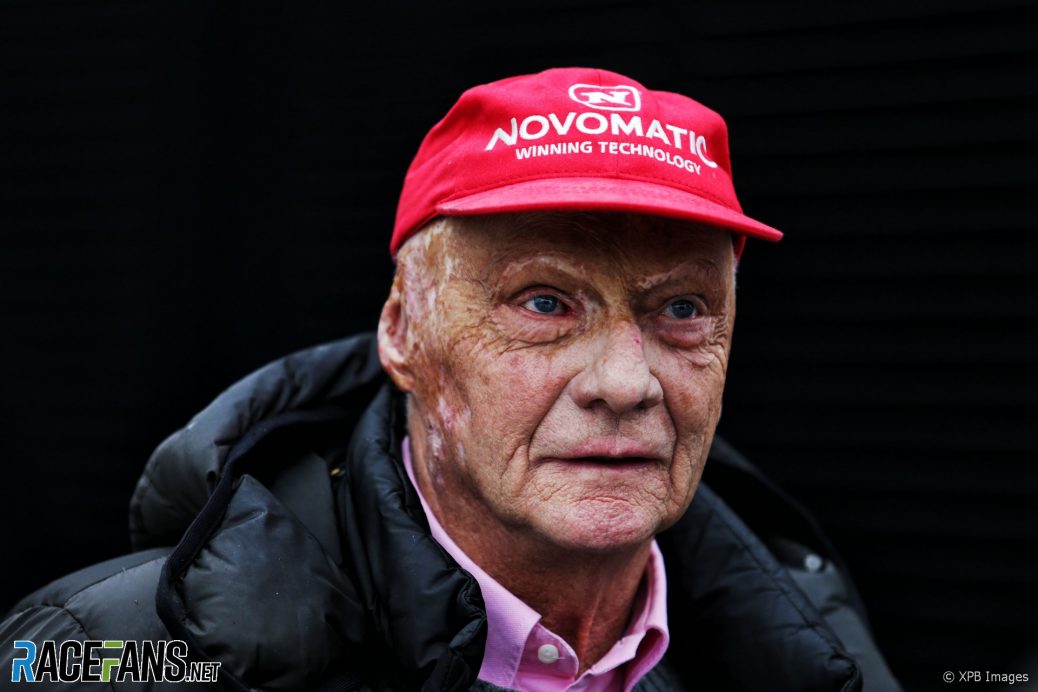 Lauda back in intensive care after developing flu | 2019 F1 season

Niki Lauda has suffered a setback in his recovery from a lung transplant operation last year.
The 69-year-old three-times Formula 1 world champion is back in intensive care at AKH Wien, the Vienna General Hospital where his surgery was performed last year.
He was said to be in an “extremely critical” state prior to the operation and spent several weeks in intensive care after it.
Mercedes shared a message from Lauda on social media in late November last year, thanking the team and his friends.
Lauda won the world championship in 1975 and 1977 with Ferrari, and in 1984 with McLaren.