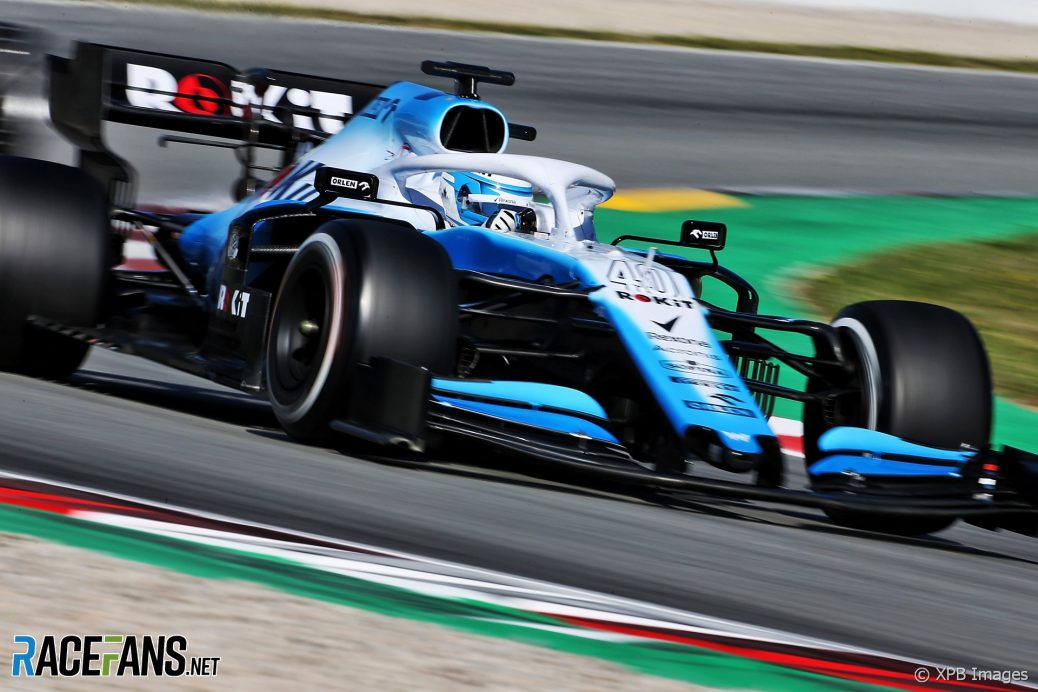 Williams will divide Nicholas Latifi’s 2019 race weekend outings between the cars of its two race drivers, in a departure from the team’s previous practice.
Latifi will make his first of six appearances in the FW42 at an official race weekend in first practice for the Canadian Grand Prix, his home event, on Friday.
Last year Kubica served as their practice driver and his three outings were all in Sergey Sirotkin’s chassis.
Latifi has already tested the team’s FW42 in Bahrain and Barcelona.