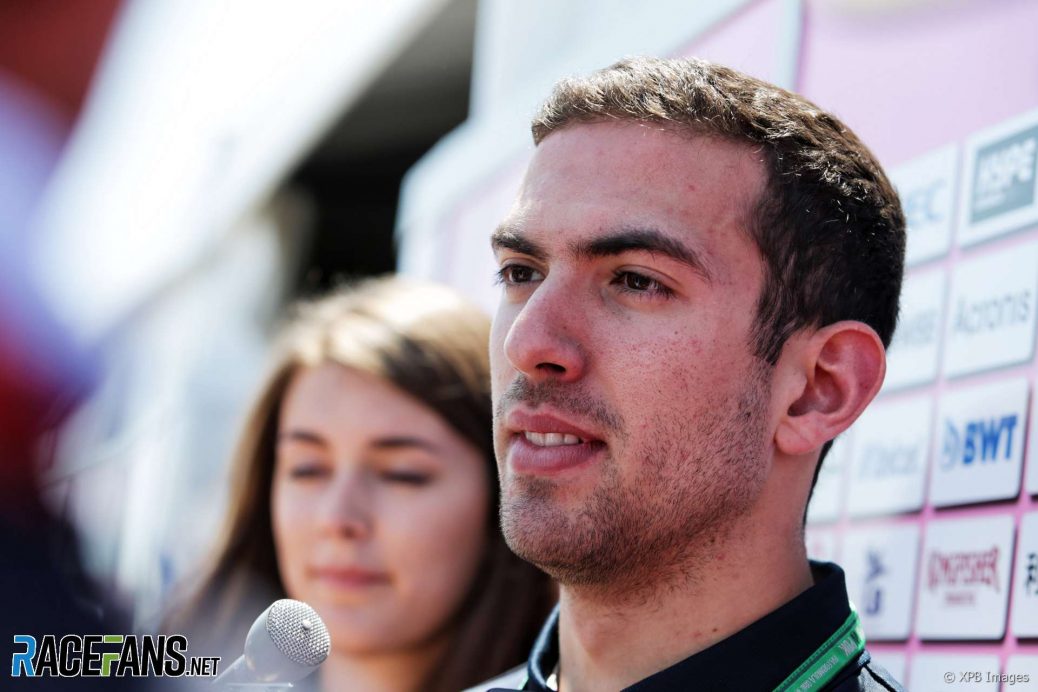 Nicholas Latifi has joined Williams as its new reserve driver for the 2019 F1 season.
Latifi was previously a test driver for Force India and drove for them five times in practice this year.
Nicholas Daniel Latifi: “As well as this, a big part of my role will be simulator driving and helping to support the development of the new car.”
Latifi’s father Michael became a shareholder in McLaren Group this after investing over £200 million in the company.
Williams was in need of a new reserve driver after promoting Robert Kubica to a race seat alongside George Russell for next year.