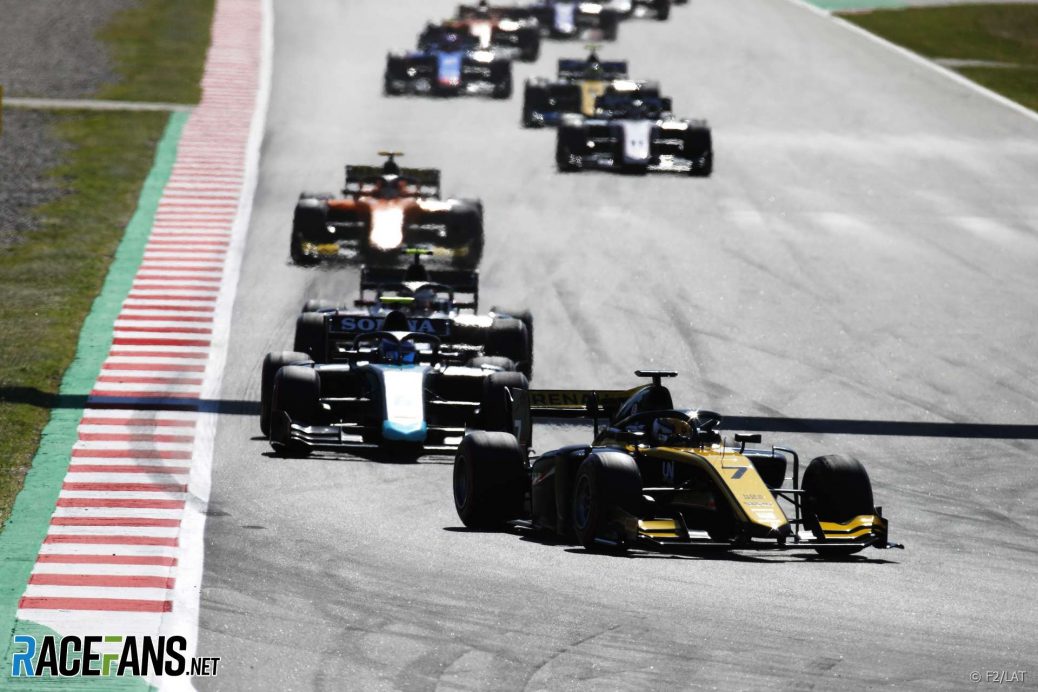 Formula 2 championship leaders Nicholas Latifi and Jack Aitken finished a lively opening race at the Circuit de Catalunya in that order after passing rookie Guanyu Zhou.
Zhou had taken the head at the start, followed by Latifi, Nyck de Vries and Aitken.
Renault’s Chinese rookie pitted soon after the Safety Car window opened, and held his advantage over Latifi and De Vries when they came in.
Meanwhile Latifi was bearing down on effective race leader Zhou.
Hubert and King subsequent pit stops handed Latifi the lead, while Aitken also worked a way past his fellow Renault junior driver for second place.