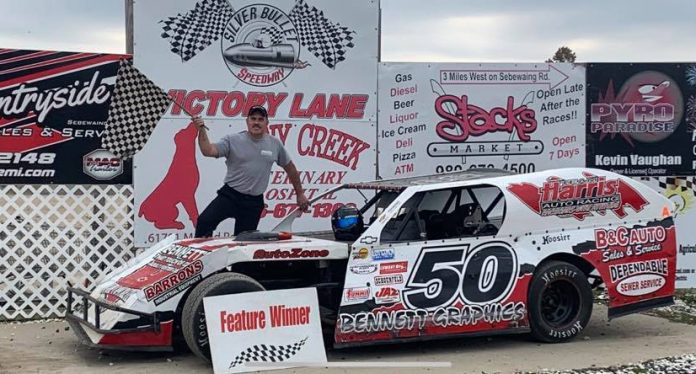 CARO, Mich. – Chad Bennett has added a new title on his already extensive racing resume: Rookie of the Year in IMCA’s Eastern Region for Modifieds. Bennett won five of 24 outings in his first IMCA season, not making his first start until mid-June, and finishing third in the national rookie and Tri-City Motor Speedway point races and fourth at Silver Bullet Speedway. From Caro, Mich., Bennett started his racing career on the drag strip in the late 1980s. Keeping with a family-oriented approach to racing, his mother Nancy cooks the legendary spreads served out of Bennett’s trailer on race night.