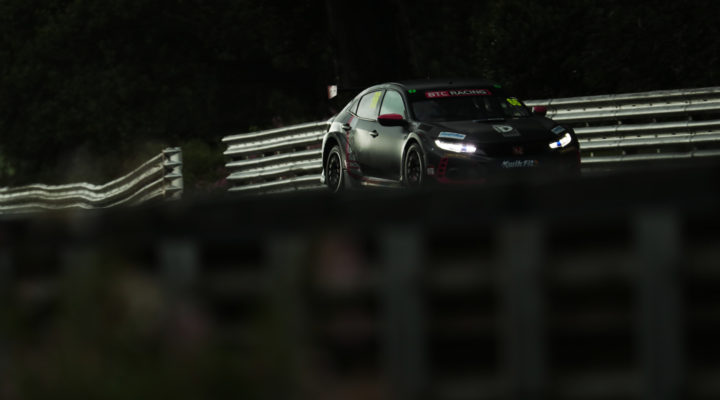 BTC Racing’s Josh Cook set the fastest lap of the weekend so far as the chequered flag fell at the end of Free Practice 2 of the Kwik Fit British Touring Car Championship at Oulton Park. “I was a little nervous with a new car, at a circuit I haven’t been to in two years and with ballast,” said Bushell. “I’ve just got to keep working with it and do the best I can with the car. Local teams were next in the order as Adam Morgan (Carlube TripleR Racing with Mac Tools) pipped Tom Ingram (Toyota Gazoo Racing UK with Ginsters) to seventh. Team BMW’s Tom Oliphant – fresh from his recent Brands Hatch victory – was ninth, whilst soon-to-be 700 race man Matt Neal completed the top ten in his Halfords-backed Honda. 2020 Kwik Fit British Touring Car Championship – Free Practice 2 – Oulton Park.