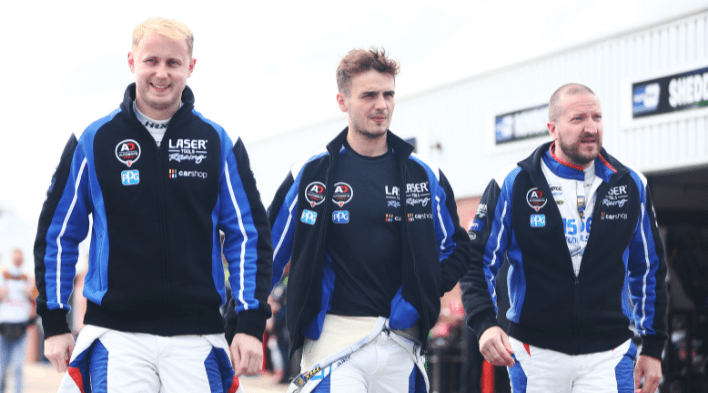 LASER TOOLS RACING COMES OUT ON TOP AFTER OULTON

Laser Tools Racing endured the highs and lows of the Kwik Fit British Touring Car Championship during the latest rounds at Oulton Park, as seven points finishes were punctuated by a pair of retirements for the West Lothian-based squad. A multi-car collision saw the race red-flagged and the trio headed back to the grid for a six-lap restart. Moffat once again got off to a great start and was into sixth by lap three while Sutton similarly rocketed through the order, breaking into the points with 14th. Boardley, who started from 13th on the grid, made up two places and held his own to take 11th as the chequered flag fell. A determined Sutton made up several places at the start of race two and was into the top ten by the second tour, improving to eighth by lap five and holding the position throughout.