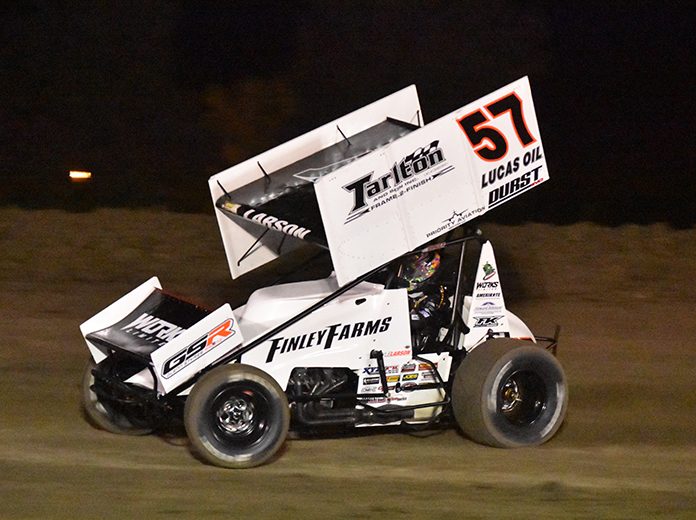 Larson Back To Winning Ways In Merced Sprint

MERCED, Calif. – Kyle Larson won the 30-lap open competition 360 sprint car feature at Merced Speedway on Friday night. It would be Macedo who would take the advantage on the second lap with a power move down the backstretch. Larson would take advantage of the restart to get around Thorson while Scelzi was making a move into second. One lap after taking fourth, a fast-moving Larson advanced into the third spot behind Macedo and Scelzi. A costly bobble in the second turn cost Macedo several spots, allowing Scelzi to take the lead. At the halfway point, Larson motored around Scelzi to take the lead down the backstretch.