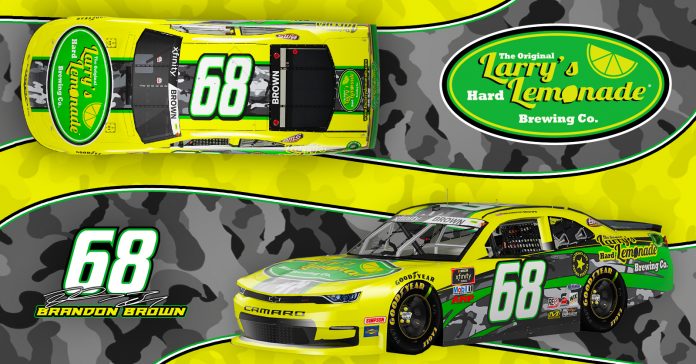 Larry’s Lemonade Back With Brandonbilt Motorsports

MOORESVILLE, N.C. – Brandonbilt Motorsports announced Thursday that Larry’s Lemonade will return to sponsor the No. 68 team when their new livery hits the track for the Xfinity Series season opener at the Daytona Int’l Speedway on Saturday, Feb. 13. “I’m ecstatic to have Larry’s Lemonade back on board our No. 68 program in 2020 was the best that it’s ever been and that’s all because of great partners like Larry’s Lemonade. The success that we’ve already had together is a great precursor for what’s to come.” Brown continued by saying, “I’m honored that everyone at Larry’s Lemonade believes in our team and I’m excited for the chance to be able to put them in Victory Lane this season.”.