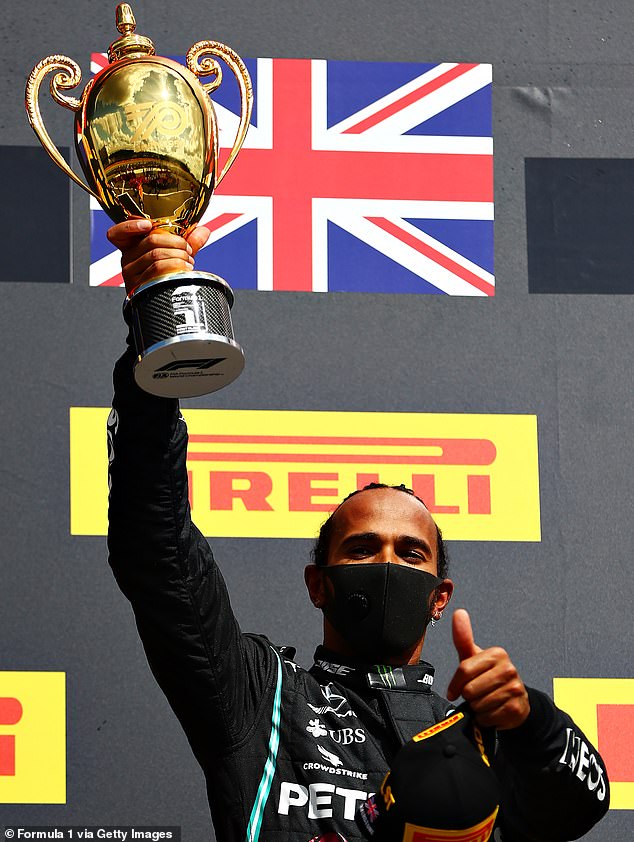 Lapping the entire pack up to third for his maiden win aged 23, ending a six-year drought in 2014 and breaking records in 2017… Lewis Hamilton is in SEVENTH heaven after latest victory at British Grand Prix

Lewis Hamilton secured his seventh victory at Silverstone to extend his own record for the number of British Grand Prix victories. From his first win in 2008 to leading every lap of the race in 2014, Hamilton has enjoyed much success at Silverstone. Here’s a look at each of Hamilton’s British Grand Prix wins. Hamilton rates his 2008 win, which saw him lap the entire pack up to third, as one of his best. Hamilton was passed by Williams duo Felipe Massa and Valtteri Bottas on the first corner but a well-timed pit-stop had him back in the lead, and Hamilton’s brilliant decision to change from dry to wet tyres nine laps from the end paid off in style as the heavy downpour followed and he lifted the trophy again. In 2015 Hamilton faield to make the most of pole but still managed to end up winning the race. Hamilton was excellent during the 2017 race as he led every lap and also set the fastest lap. In the 2019 race Hamilton ended up winning by 24 seconds and he also set a new lap record.