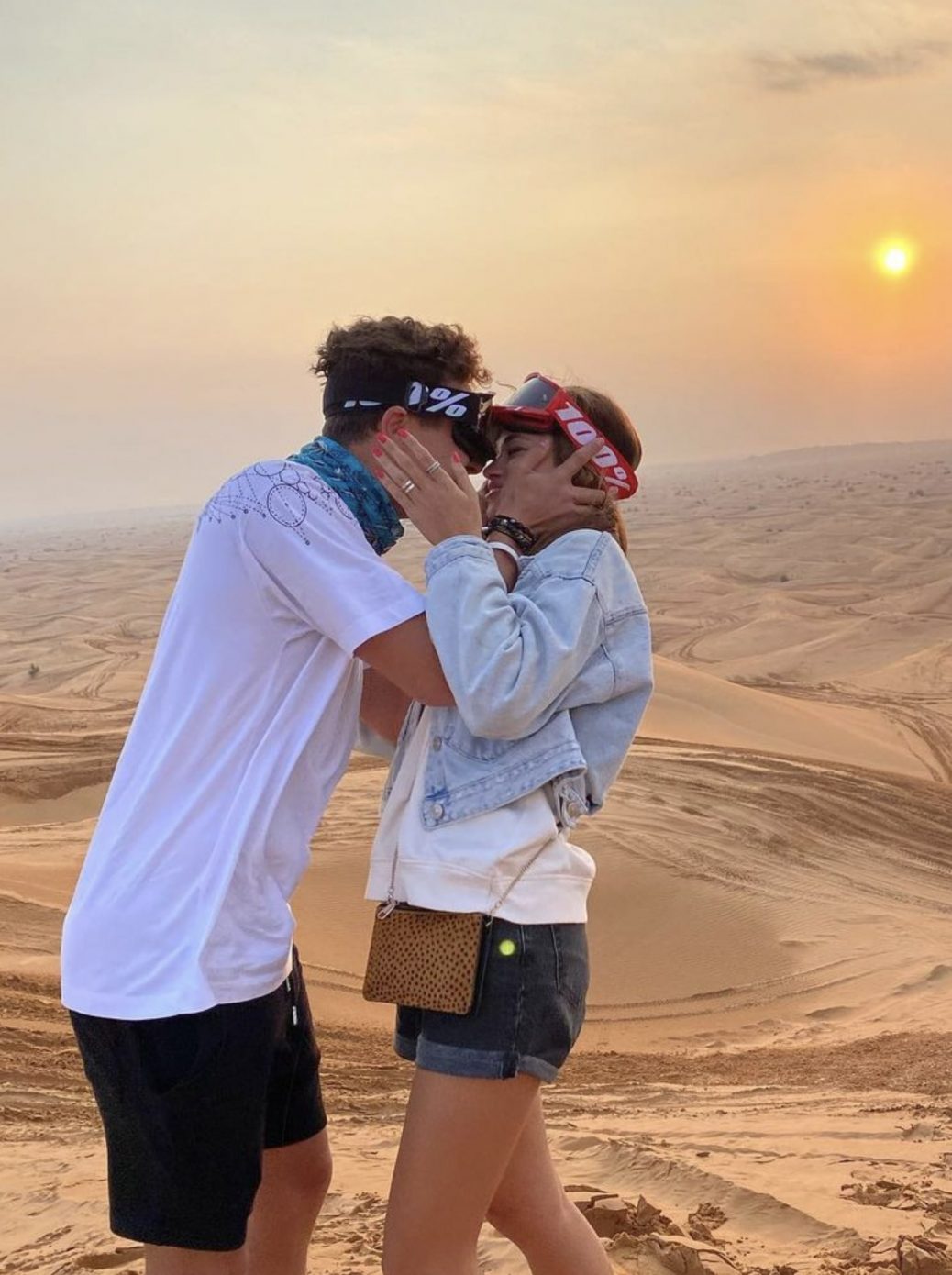 FORMULA ONE fan favourite Lando Norris has confirmed stunning Portuguese model Luisinha Oliveira as his girlfriend whilst on holiday in Dubai. The McLaren driver confirmed his romance with Oliveira on Instagram, sharing a picture of the couple kissing in the Dubai desert. Norris captioned the post ‘my sunshine’, sending his 4.7million insta followers wild. Fellow F1 driver and former Mclaren team-mate Carlos Sainz said on nice guy Norris and the 22-year-old Portuguese model: “It’s official.”. One fan said: “Well this is just the cutest post I’ve ever seen.”. Whilst another fan jokingly suggested Norris’ public post has left many with broken hearts.