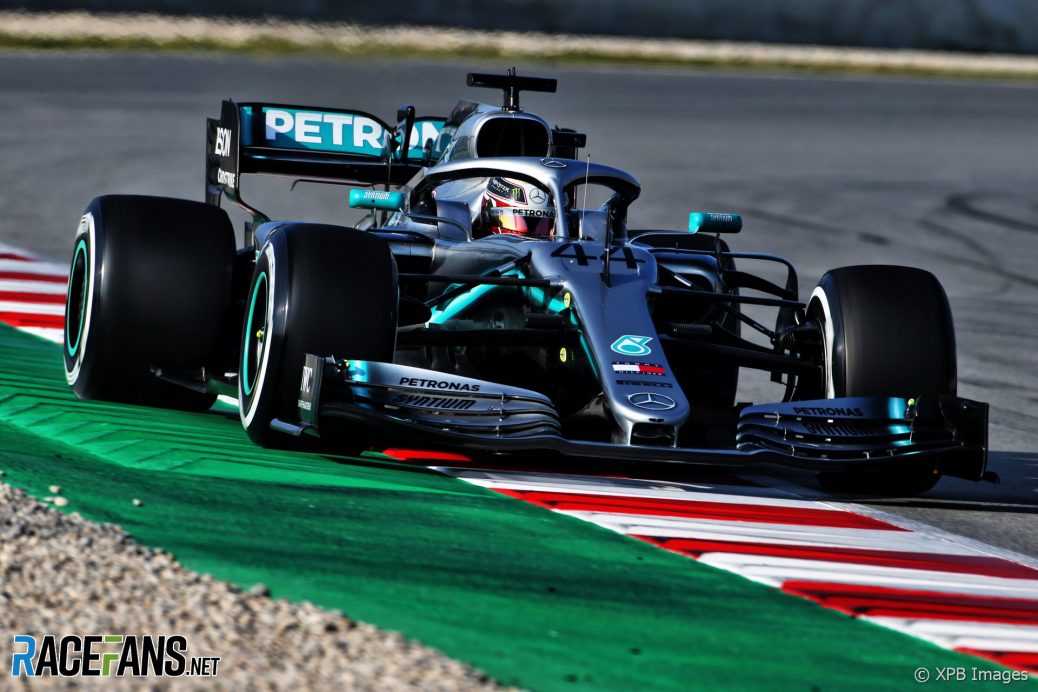 At the end of the first test four teams have lapped quicker than they did last year including Mercedes – but not Ferrari.
Renault set the fast time of the test, lapping 0.699s inside their benchmark from 12 months ago.
Unlike Mercedes, this is also almost four-tenths quicker than their best race weekend time.
However Pirelli estimates the performance gap between the C3s, which Ferrari set its best time on, and the C5s, which the others used, at 1.5-1.7 seconds.
2019 pre-season lap times compared to last year.