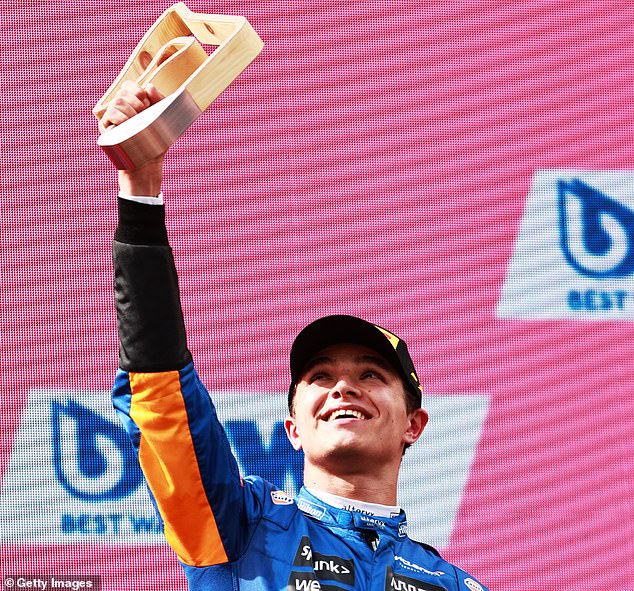 Lando Norris received the plaudit he deserved on Sunday — from the legend looming large in his mirrors. But the pass was returned later on, Norris going through Hamilton neatly on the inside of Turn Six on his way to take third place. ‘Such a great driver, Lando,’ said Hamilton over the radio. Norris said: ‘It’s the first race I’ve been able to race a Mercedes. Still, Norris was slightly disappointed at missing out on second place after the stewards harshly gave him a five-second penalty for ‘forcing’ Sergio Perez off following the safety car period at the beginning of the race.