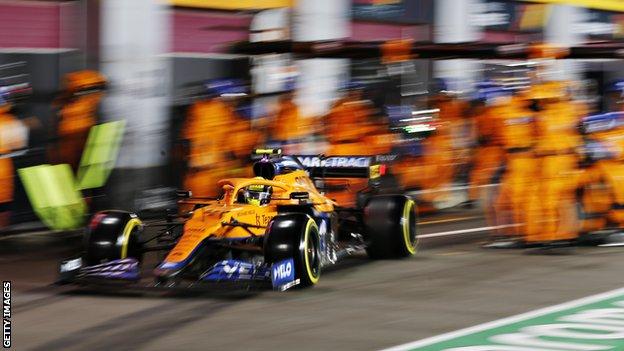 Lando Norris: ‘I don’t think there will be as much Mr Nice Guy’

If Norris could match or beat Ricciardo, it would be the making of him. Is he going to beat me in every single qualifying [and] race of the season?. “My confidence has definitely come up now in how I feel like I’ve performed,” Norris says. One race on from the Australian’s victory at Monza, Norris was outstanding in Russia. “If it didn’t rain any more, I’m 99.999% sure I would’ve won the race. But Norris has generally found a way to get the best out of it. “It’s been very cool to get to know them a bit more,” Norris says. “It’s something obviously a lot of drivers do,” he says.