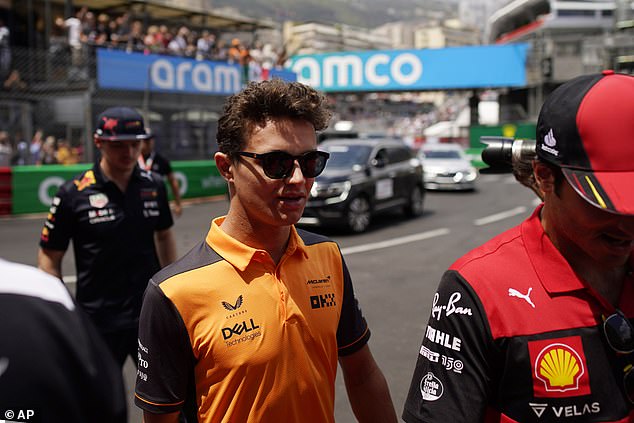 Lando Norris admits the rain-hit Monaco Grand Prix was ‘not safe’ with drivers struggling to see ‘five metres’ in front of them, as the McLaren star reveals he feared crashing out on turn one as many as EIGHT times

Lando Norris has admitted he feared he would crash as many as eight times on turn one alone at the Monaco Grand Prix, and revealed the drivers couldn’t see ‘five metres’ in front of them due to the testing, rainy conditions at the circuit. Worryingly, Schumacher’s car split in two as a result of the hefty collision with the barrier, leaving both viewers and his fellow racers concerned for his safety. Thankfully, he emerged unscathed, but Norris has said that every driver is constantly fighting on the edge. He said: ‘At turn one alone I reckon there were six, seven, eight times during that race when I braked and thought, “I’m in the wall here!”.