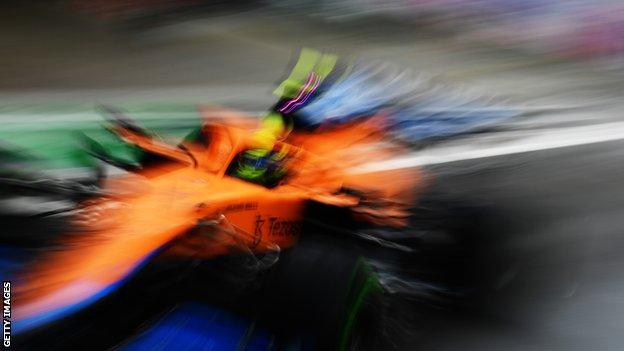 Lando Norris: A Russian GP pole won in conditions in which the best stand out

But the pace of the Mercedes is far from Norris’ only concern. “Daniel was a lot more positive and confident of it last time out,” Norris replied. “He said he was going to go out and get a win and he did. There is an opportunity for it, but Mercedes are still a quick as they have been all season and this is one of their best circuits all season. Until the final five minutes of the session, pole looked to be going Hamilton’s way. Hamilton slid wide as he rounded the final corner in the pit lane and hit the wall, rear first and then front, breaking his front wing. “The previous times coming into the pit lane, I took it really quite slowly.