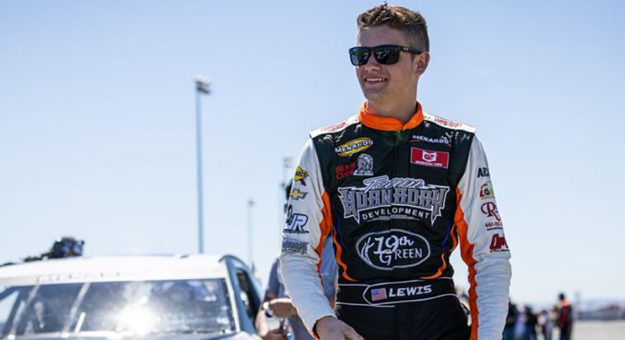 Landen Lewis To Drive For BMR In ARCA West

ROSEVILLE, Calif.  – Landen Lewis has been named to drive the Bill McAnally Racing No. 16 NAPA Auto Parts Chevrolet SS in the remaining six races on the ARCA Menards Series West 2022 schedule. Hornaday, a member of the NASCAR Hall of Fame and former NAPA driver, considers BMR a great team for Lewis. “This is a pretty cool opportunity for Landen,” Hornaday said. Lewis joins BMR with an ARCA West win among two series starts he has already made this year. So it’s pretty neat to have NAPA on the car and it being the number 16 is icing on top of the cake,” Lewis said. Lewis will team at Irwindale with Cole Moore, driver of BMR’s No.