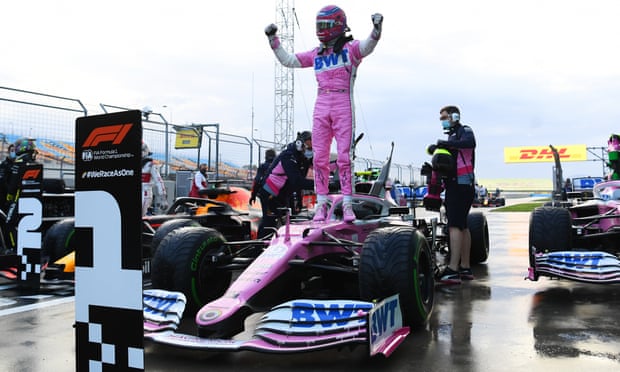 Stroll overcame wet, treacherous conditions and his team pulled off some fine tyre strategy at the Istanbul Park Circuit to nail the top spot. Max Verstappen was in second for Red Bull, with Stroll’s teammate Sergio Pérez in third. Verstappen had demonstrated a real advantage throughout, seconds up on his rivals in the early stages, and he maintained the edge early on the final laps. Verstappen topped both sessions on Friday, with Red Bull coping better with the conditions. Rain on Saturday morning only exacerbated the problem on a track that had very little rubber laid down, and the drivers did few laps but once again Verstappen was on top, with Hamilton putting in only three laps and Bottas four. The cars began clearing the water during Q2 as the times began dropping lap by lap. Yet the two Mercedes drivers were still not troubling the top of the timesheets, which Verstappen and Red Bull led.