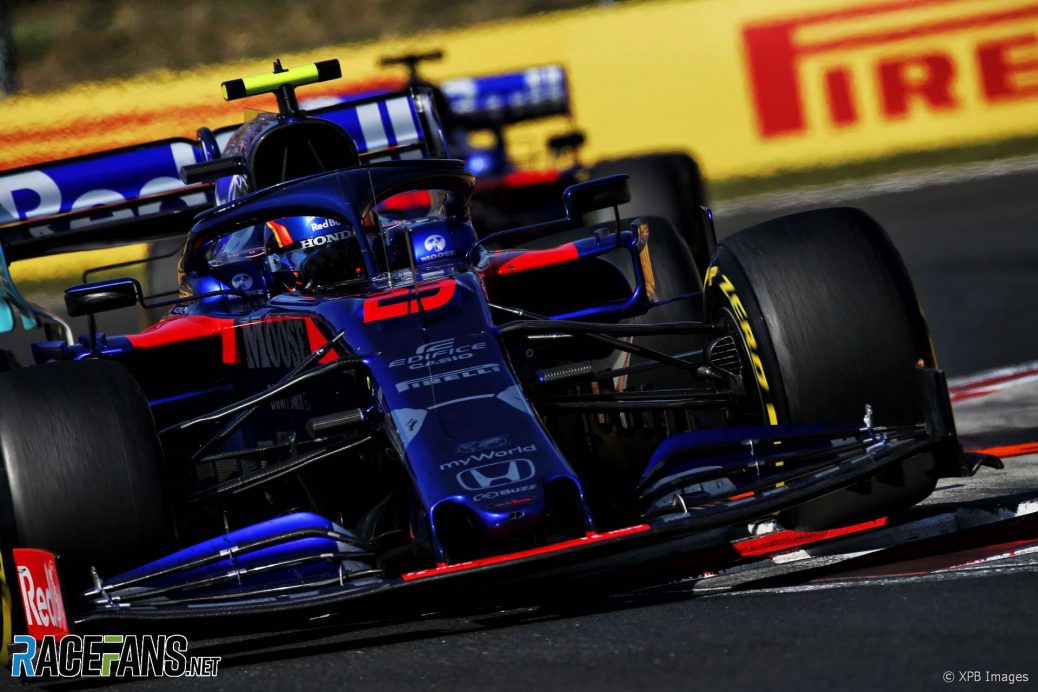 Kvyat: Albon had a “much better strategy” | 2019 Hungarian Grand Prix

Daniil Kvyat said his team mate beat him to the final point in the Hungarian Grand Prix because he ended up on a “much better strategy”.
However Alexander Albon stayed out seven laps later than Kvyat, who found himself struggling with his hard compound tyres later in the race.
“Then they told me my team mate pitted 12 laps later than me or something and I thought that was a much better strategy.”
When Kvyat’s pace began to drop he was unable to keep Albon behind, who went on to pass Perez for the final point.