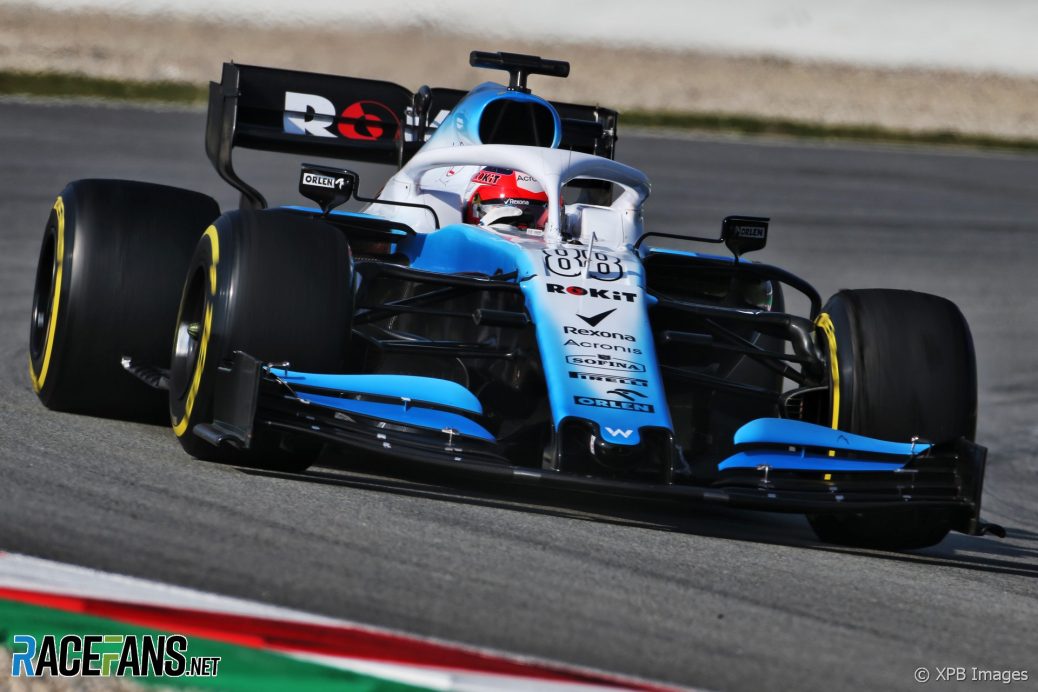 Robert Kubica praised how quickly his Williams crew completed building the team’s FW42 chassis after it was hit by delays.
Robert Kubica: “We have what we have and I think still the team did the good job to bring and to build up the car in probably five times shorter time than normally should be.”
Kubica, who has handed the car over to team mate George Russell for the rest of the day, said he hasn’t been able to do any preparation for the first race of the season yet.
He: “It’s not like the car is completely off.”