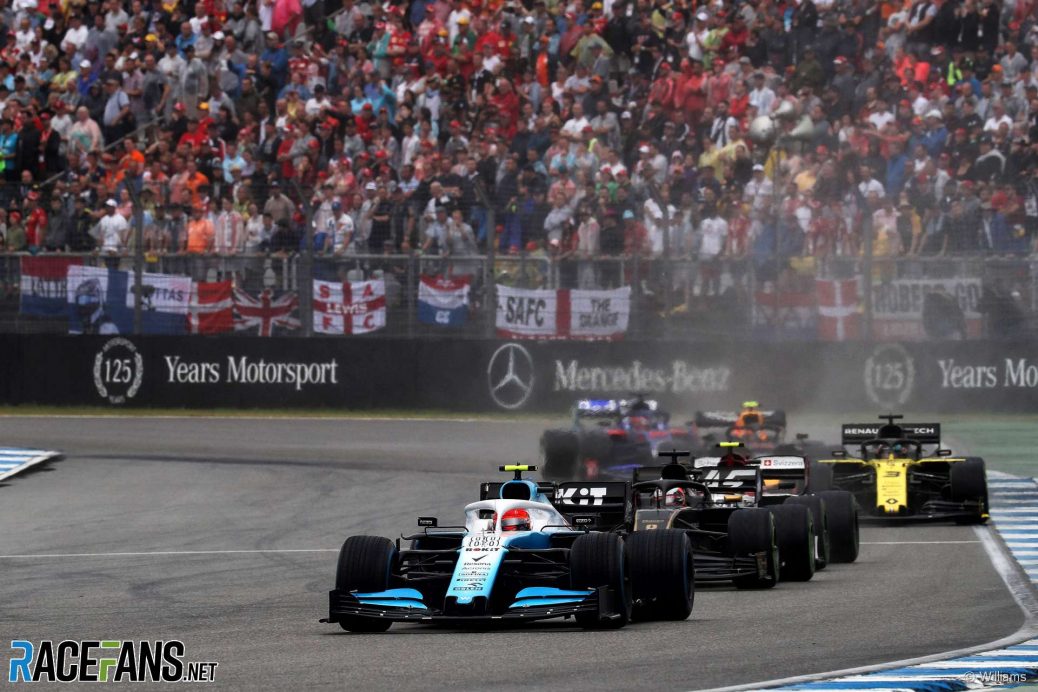 The disqualification of the two Alfa Romeo drivers promoted Kubica to the final place in the points.
Kubica’s last appearance in the points came at the 2010 Abu Dhabi Grand Prix, eight years and 258 days earlier.
Bianchi went seven years and 342 days between points scores in the 1960 Belgian and 1968 Monaco Grands Prix.
Kubica gave Williams their first point of the season, meaning that for the fourth year in a row every team in the championship will score a point.
Have you spotted any other interesting stats and facts from the German Grand Prix?