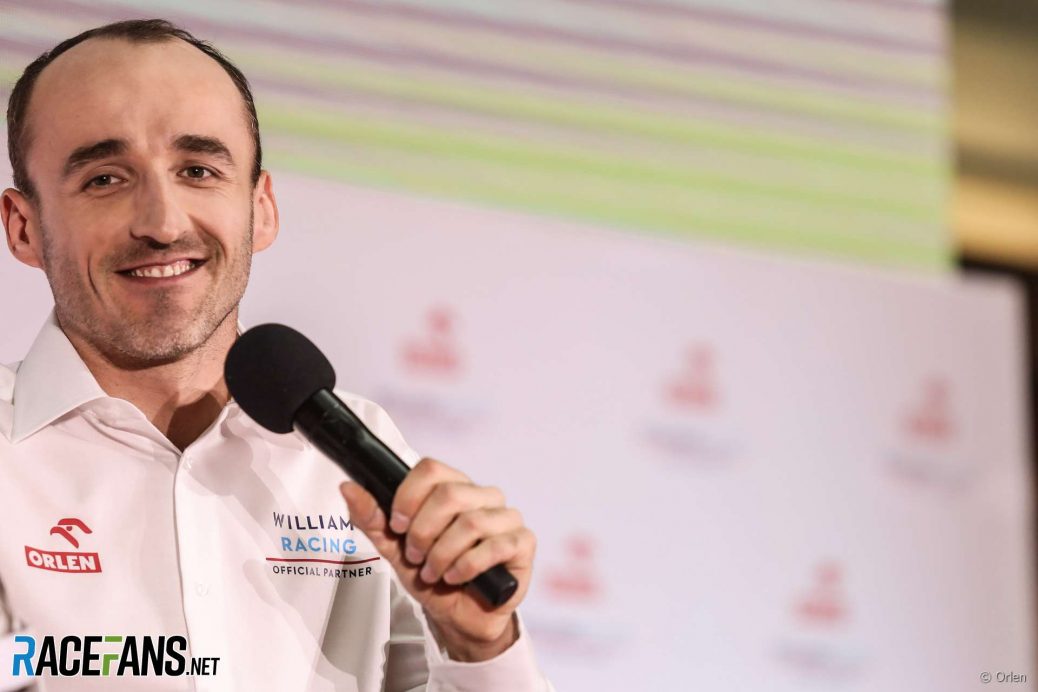 Kubica: Rookies like Russell are better prepared than I was | 2019 F1 season

Robert Kubica says today’s Formula 1 rookies like his new team mate George Russell arrive in the sport much more prepared than he was on his debut 13 years ago.
Russell, the reigning Formula 2 champion, will start his first race as Kubica’s team mate at Williams next month.
“George is a very good driver, one of the most talented of the young generation,” said Kubica at an event for sponsor PKN.
Robert Kubica: “When I reached F1, the youngsters were getting to know F1 and now they are much better prepared than we were 10 or 15 years ago.”