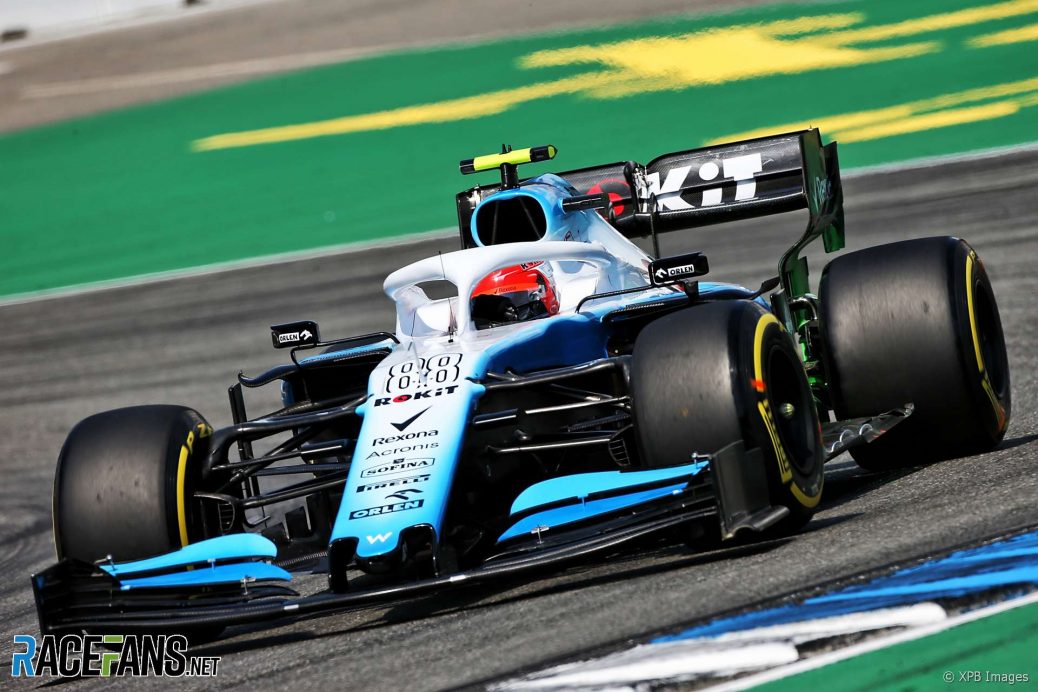 Robert Kubica says he has “mixed feelings” about scoring his first point since returning to Formula 1 at a race he was not competitive in.
Kubica was promoted to tenth place, and the final point, when the two Alfa Romeo drivers were given 30-second time penalties.
“It’s a bit mixed feelings in the end,” Robert Kubica said in today’s FIA press conference.
Fia: ” Definitely this point somehow thanks to the guys which are doing a great job on-track, pushing really hard.”
Kubica doubt Williams will be competitive this weekend at a track which does not play to their car’s key strength: it’s power unit.