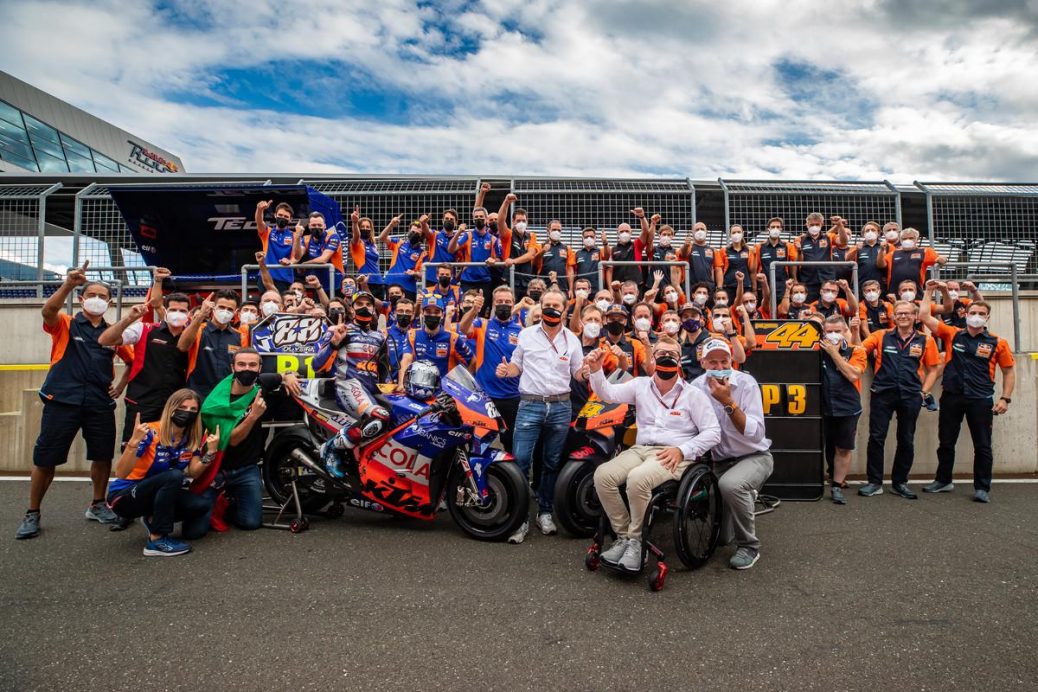 After Miguel Oliveira’s (Red Bull KTM Tech 3) quite sensational historic victory at the BMW M Grand Prix of Styria, KTM have officially lost their concessions – and they won’t care one bit. Now, after back-to-back home GPs in 2020, KTM have joined and beaten the fastest factories on the planet. Brad Binder’s (Red Bull KTM Factory Racing) Czechia win was something no one would have predicted at the start of the season. Not even KTM could have dreamt the South African would have won his fourth MotoGP™ race. KTM will also only be allowed to have three wildcards in 2021, instead of six. In the Constructors Championship, KTM are third and just six points behind leaders Yamaha, one behind Ducati. The difference between Binder in P4 and Oliveira in P9 is six points.