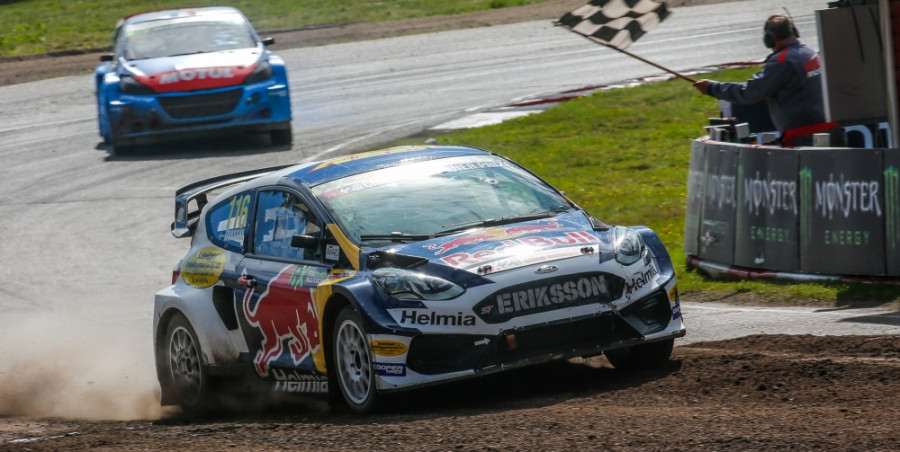 Sweden’s Johan Kristoffersson fended off a huge challenge from Sweden’s Mattias Ekstrom to take the TQ (top qualifier) position in round two of the FIA World Rallycross Championship at Holjes-Sweden, ahead of the semi-finals. Ekstrom takes pole for semi-final two, and will be accompanied by his KYB Team JC team mate, Sweden’s Robin Larsson. Row two in semi-final one will be taken by Sweden’s Kevin Hansen, thanks to P3 in Q2 for Team Hansen, and Sweden’s Anton Marklund. In semi-final two, GRX SET’s Krisztian Szabo, from Hungary, and Germany’s Timo Scheider, the podium finisher from round one of World RX will take row two.