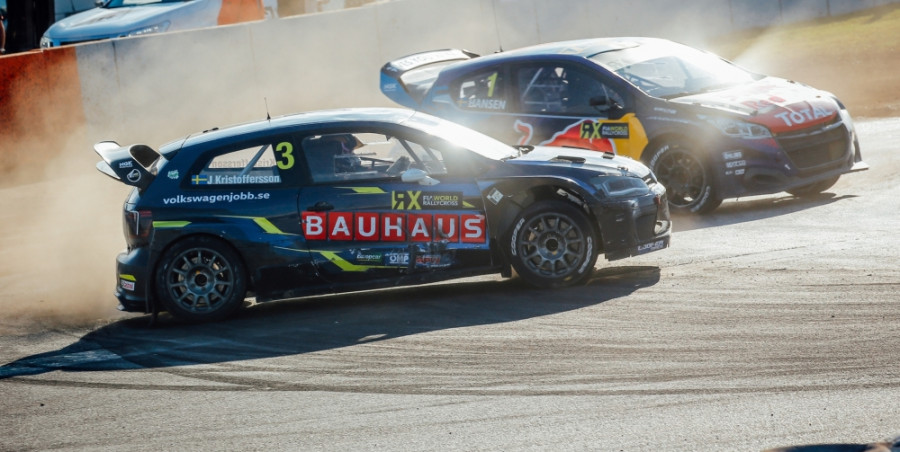 Sweden’s Johan Kristoffersson claimed a dramatic victory at the Logitech G FIA World RX of Catalunya, round eight of the FIA World Rallycross Championship presented by Monster Energy (18 October). Kristoffersson initially lost ground to KYB Team JC’s Mattias Ekstrom, from Sweden, in the race for Drivers’ Championship points at the Circuit de Barcelona-Catalunya, as he qualified fifth in the Intermediate Classification, with Ekstrom the top qualifier. Double World RX Champion (2017 and 2018) Kristoffersson got the upper hand over 2016 Champion Ekstrom in the semi-final stages, and used superior pace to beat 2019 Drivers’ Champion Timmy Hansen, from Sweden, in the final. Kristoffersson started second in the final and survived contact with Norway’s Andreas Bakkerud at the first corner to take the lead of the race. Kristoffersson led the final for the first three laps before taking his joker lap – an alternative route that every driver must take at least once in every race – which gave Team Hansen’s Timmy Hansen, from Sweden, the lead. The semi-final was very nice and then in the final we had good pace. After that we haven’t really had the pace and the team has been working so hard.