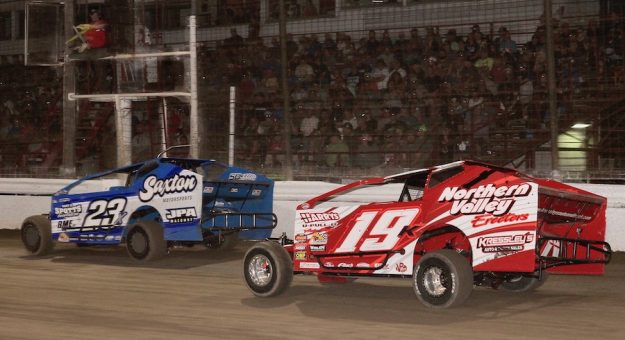 Kressley Tops Thunder On The Hill

BECHTELSVILLE, Pa. — Brett Kressley picked up his third NAPA Auto Parts Thunder on the Hill Racing Series modified win on Tuesday night, passing Jared Umbenhauer in the second half of the 30-lap feature. Umbenhauer dominated the early stages of the race, before Kressley – who started in the fifth position – closed quickly and overtook the top spot with the help of side-by-side lapped traffic. Kressley rolled on to the $3,000 win with Duane Howard moving into the second position on the restart, Umbenhauer settling for third, Alex Yankowski in fourth and Billy Pauch Jr. in the fifth position.