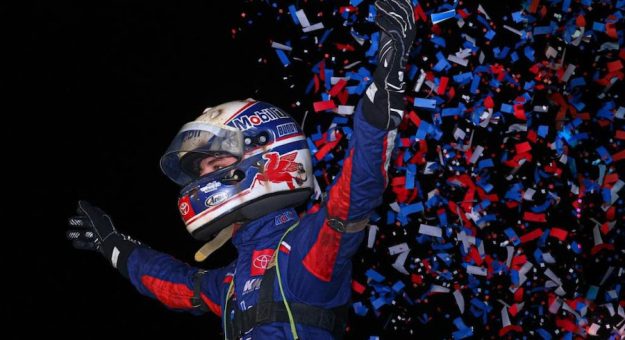 GRANITE CITY, Ill. — Buddy Kofoid became the first USAC drier to sweep a complete program since Tyler Courtney did so at Eldora Speedway in 2019 en route to winning Thursday’s USAC NOS Energy Drink Midget National Championship race Tri-City Speedway. Kofoid took the lead on the fourth lap and cruised to his second straight USAC National Midget feature victory this season in his Keith Kunz-Curb-Agajanian Motorsports/Mobil 1 – Toyota – TRD/Bullet By Spike/Speedway Toyota. “This is one of the strongest nights we’ve ever had,” Kofoid relayed. “This is my third year running USAC and with Keith (Kunz) and Pete (Willoughby), and I think this is one of the best nights we’ve ever had.”.