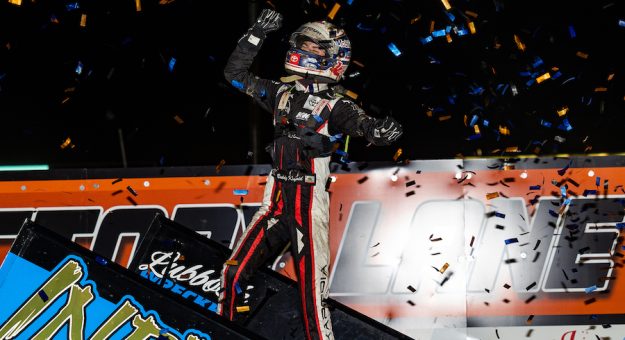 — Michael “Buddy” Kofoid was merely 9 years old when he strapped in and manhandled a sprint car for the first time. It was only his 16th start with The Greatest Show on Dirt and marked the first World of Outlaws win for car owner Crouch Motorsports, as well. “I’ve wanted to win a World of Outlaws for as long as I can remember. McFadden capped off his whirlwind night with a season-best second-place finish aboard the Roth Motorsports No. McFadden’s team changed engines in hot laps and he qualified fifth and drove from fifth to second in his heat race. “I got so caught up with lap cars there, it seemed like some of them were racing for the lead and that hurt me the most,” McFadden mentioned.