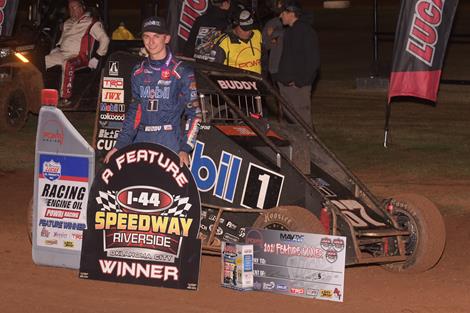 McIntosh jumped out to the early lead, but Kofoid stayed right on his tail in second. As the laps wound down, McIntosh remained in the lead with Kofoid behind and Jake Neuman in third. With 7-laps to go Kofoid perfected his corner and took the lead from McIntosh, right as they get into lapped traffic. “That was a fun race, Buddy and Cannon had a good race early on, and were going at it pretty hard. The Lucas Oil POWRi National & West Midget League will be back in action tomorrow, Saturday October 16th at I-44 Riverside Speedway to finish up the three-day race weekend. POWRi Lucas Oil National & West Midget League Feature Results (30 laps): 1.