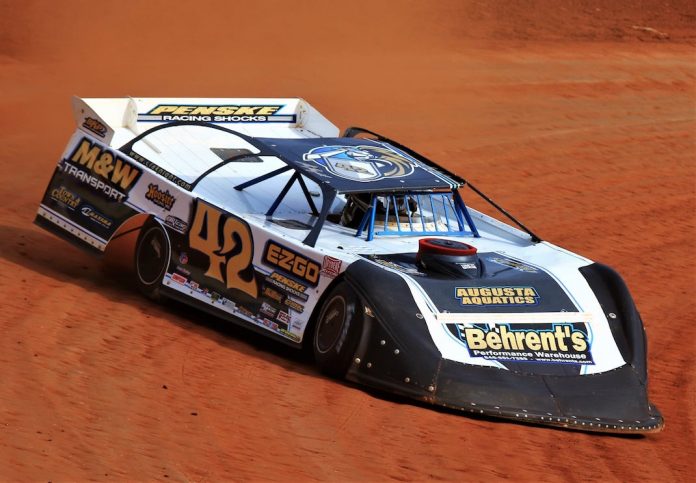 NORTH AUGUSTA, S. C. — Ultimate Super Late Model Series rookie of the year contender Cla Knight and his team are setting their goals high for this season. “Over the past few seasons, we have ran races on every scale and with every super late model series throughout the Southeast,” said Knight. “However, this year we want to commit to a series schedule, and we really feel that the Ultimate Super Late Model Series will push our team to new heights. Running for the 2021 rookie of the year in the Ultimate Series is one heck of a goal, but I’m ready to push myself, my car and my team.”.