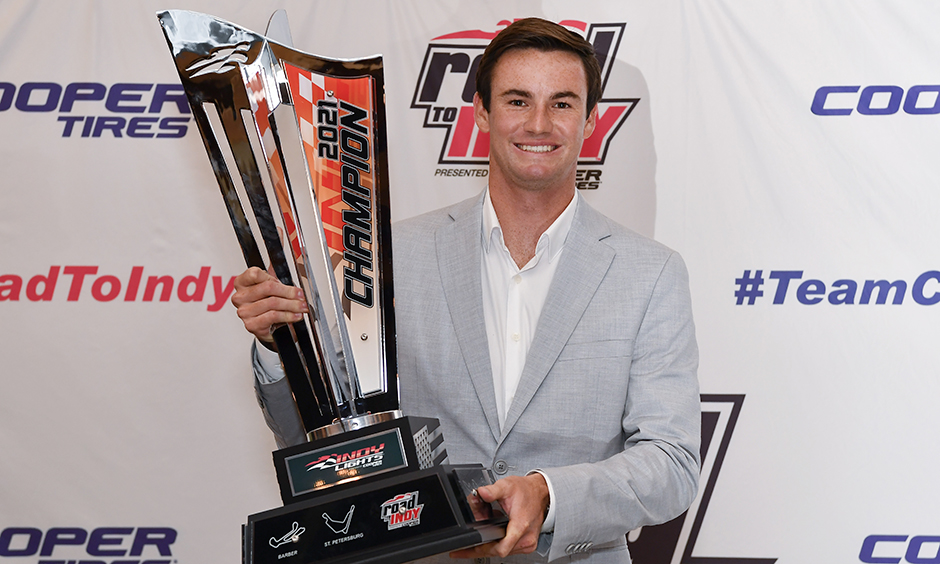 Kyle Kirkwood became the first driver to wear the Road to Indy’s “Triple Crown” on Sunday by clinching the 2021 Indy Lights championship at Mid-Ohio Sports Car Course. He won the USF2000 title in 2018 for Cape Motorsports, the Indy Pro 2000 crown in 2019 for RP Motorsport and Indy Lights this season for Andretti Autosport. The impressive march through the Road to Indy ended with a tough fight all season for the title for Kirkwood. Kirkwood’s title prize includes a scholarship valued at more than $1.3 million to ensure entry into at least three NTT INDYCAR SERIES races in 2022, including the 106th Indianapolis 500 presented by Gainbridge on Sunday, May 29 at Indianapolis Motor Speedway. “It’s been such a stressful season, especially at the end. Kirkwood clinched the title with a victory Saturday – his 10th of the season, tying the series record set by Greg Moore in 1995 – and a fifth-place finish Sunday in the No.