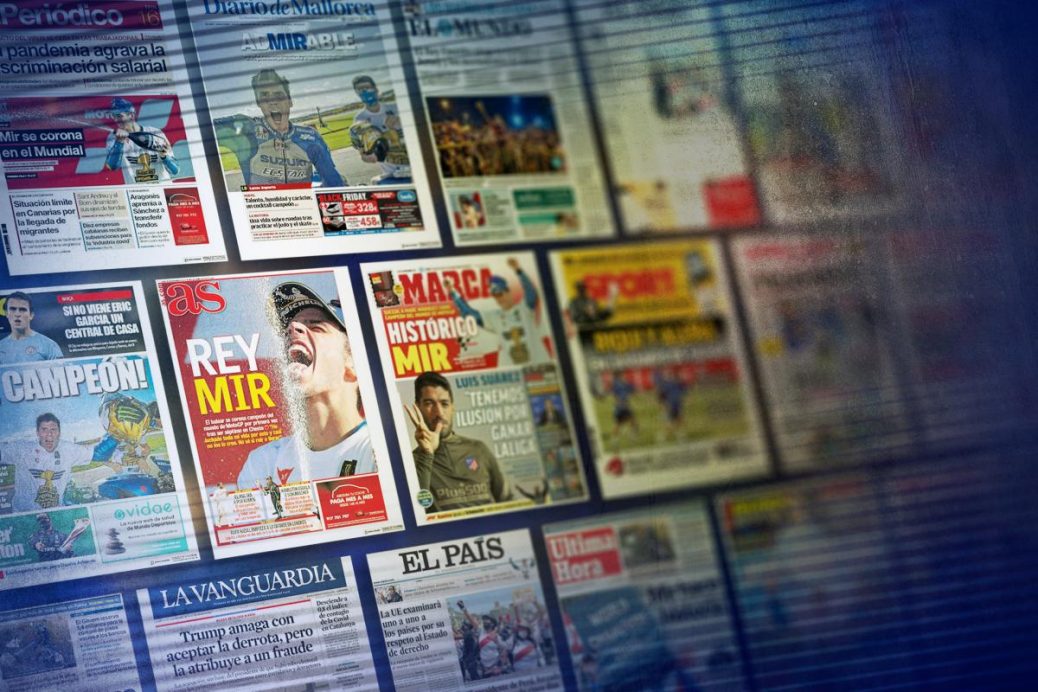 King Mir! How the press reacted to MotoGP™’s latest Champion

He has earned the right to be singled out as one of the biggest figures in Spanish and world sport in a frenetic 2020. Praise has been coming in from all quarters of the media, with Mir being crowned Champion on the same day Lewis Hamilton won a record-equaling seventh F1 title, the Spanish press is unanimous in their focus as one of their own sealed the title in just his second year in the premier class. “Mir is crowned with the World Cup” is the headline chosen by El Periódico, which also points out that Hamilton draws level with Michael Schumacher in F1 titles. In Ultima Hora they also agree that “Mir makes history”, emphasizing that he “becomes a motorcycle legend” after his first world title in the premier class.