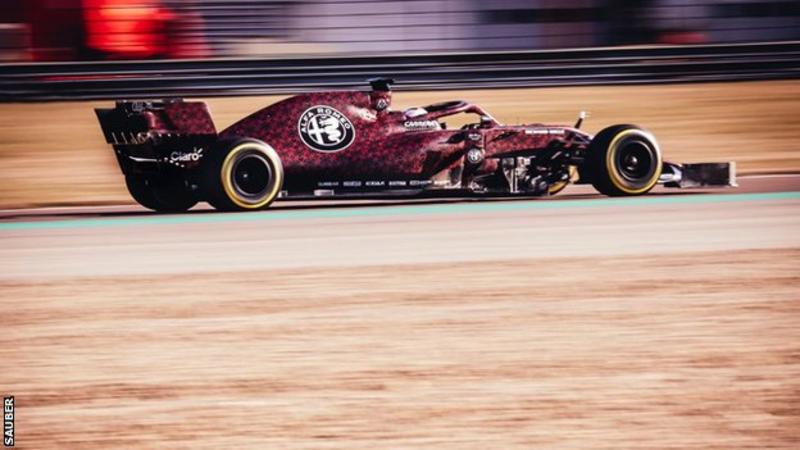 The 39-year-old Finn drove the car, from the team that used to be called Sauber, for 33 laps at Ferrari’s Fiorano track in Italy.
Raikkonen has moved to Alfa Romeo from Ferrari this season.
This year, the front-wing rules have been changed to try to make the racing better.
But the new front-wing design also produces less downforce than those used last year, and teams have spent the winter trying to reduce the losses in overall downforce created by the rules.