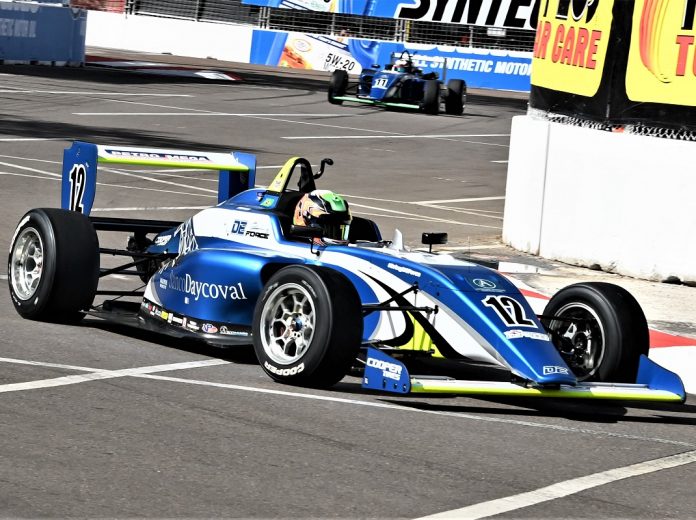 Kiko Porto Breaks Through In USF2000

ST. PETERSBURG, Fla. – Brazilian rookie Kiko Porto claimed a well-deserved maiden Cooper Tires USF2000 Championship victory Saturday afternoon in the USF2000 Grand Prix of St. Petersburg presented by Andersen RacePark. But the team has worked so hard and the car was so good today,” said Porto. Porto and third-place qualifier Barrichello followed closely from the start, chased by Gold. Teammate Porto took up the running, still chased by Barrichello and Gold, who claimed the Ticket Clinic Fastest Lap Award on ;ap 14 but was unable to get close enough to mount a serious challenge. Porto’s victory secured the first PFC Award for the winning team, DEForce Racing.