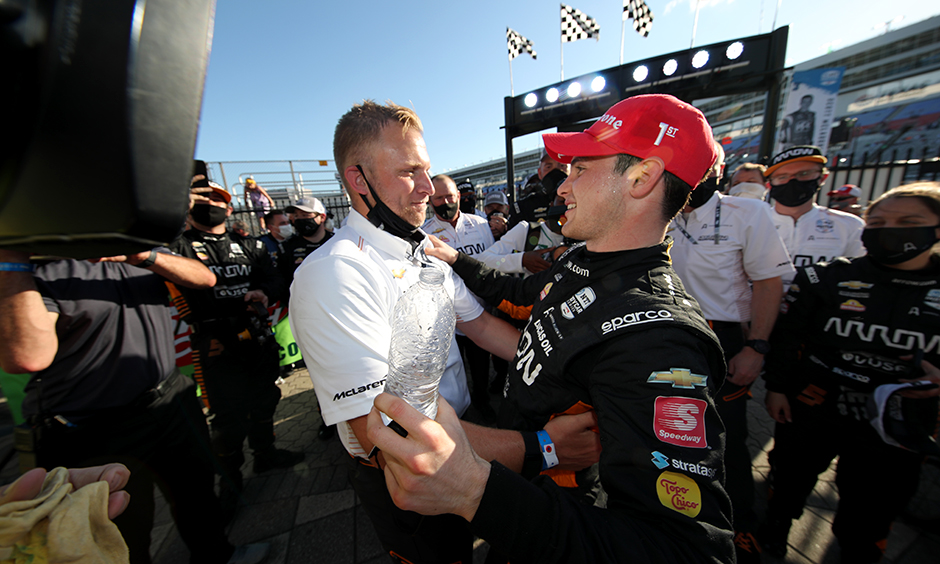 Mike Hull, the managing director of Chip Ganassi Racing and Scott Dixon’s strategist, remembers the day his stepson, Taylor Kiel, returned from Indiana University after his junior year and told his mother, Melinda, that he wanted to quit school to go racing. But racing was in his heart, which had him on the phone with INDYCAR teams as soon as he was available to work. Schmidt agreed to have team manager Chris Griffis interview Kiel even as Kiel didn’t own any tools and admittedly “didn’t know what I was doing.”. “But,” Kiel told Griffis in the interview, “I’m willing to work hard and follow direction.”. Hull had said working on an Indy Lights team would give Kiel a well-rounded perspective on how a team functions, and he was right. “What Indy Lights does is force you to do everything,” Kiel said. Not “hiding” meant Kiel’s work was on full display, and management noticed.