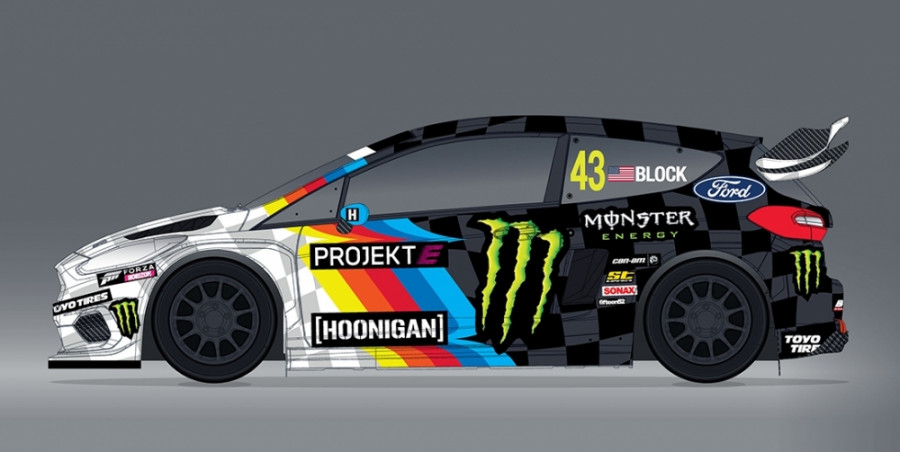 Ken BLOCK is BACK, and he will race a Ford Fiesta ERX in the first ever Projekt E Series event later this month at Holjes, as part of the first FIA World Rallycross Championship weekend of 2020 in Sweden (22 – 23). Multiple-World RX podium finisher Block will be one of the first drivers ever to compete in the Projekt E Series – the leading support category for the FIA World Rallycross Championship and the first all-electric championship in rallycross when he takes the wheel of the all-electric STARD-built Fiesta ERX in Sweden. “I am stoked to take part in the worldwide first ever electric rallycross race in the Projekt E series in a STARD Ford Fiesta ERX! Ken has driven and raced in all kinds of crazy cars, but I really think he will be very impressed with the Fiesta ERX.”.