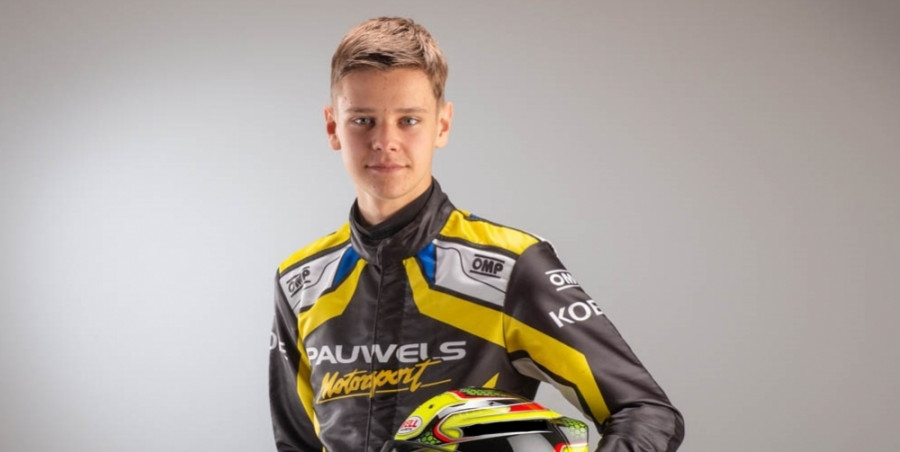 Belgium’s Kobe Pauwels is aiming for a professional career in motor sport, with a focus on rallycross, and will race in the FIA European Rallycross Championship for Super1600 in 2021. He stepped up to senior competition last year and was fastest throughout the European race at Le Mans, but lost out on victory after contact. Two years ago he also started racing in crosskart in Belgium as a hobby, and last year became national champion driving with Thierry Neuville’s FIA sanctioned Lifelive TN5 Crosscar, despite missing two races due to karting commitments. “I remember when I was very young and watching my father when he was still racing in rallycross, and he raced against Rolf Volland.