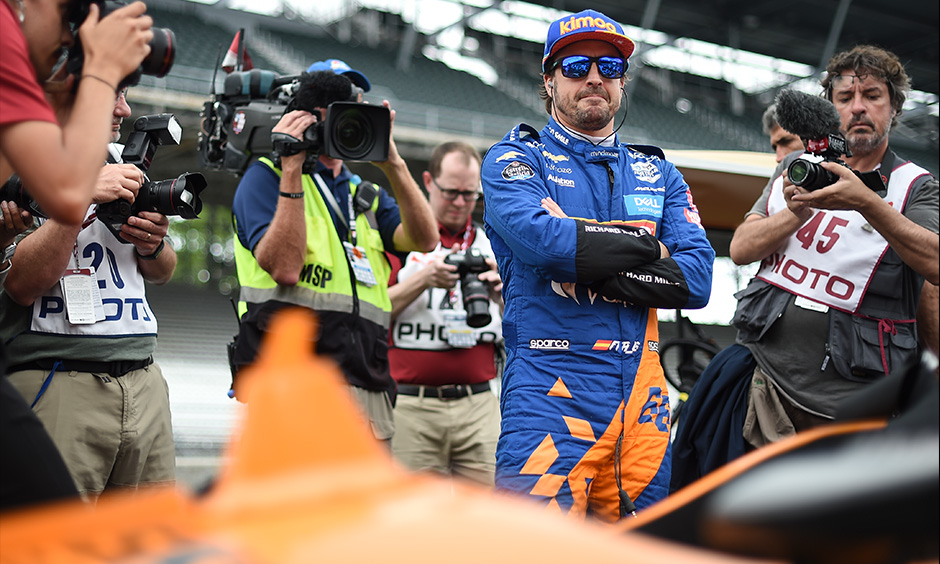 Kyle Kaiser, the final driver to qualify in the Last Row Shootout, knocked Alonso out of the Indy 500 with a four-lap average of 227.372 mph.
That put him in 31st place, moving Hinchcliffe to 32nd and Alonso to 33rd with two drivers – Patricio O’Ward and Kaiser – still to qualify.
His final lap of 227.109 mph gave Kaiser a four-lap time of 2 minutes 38.3311 seconds, just 0.0129 of a second better than Alonso for the 10-mile qualifying run.
Alonso, who also drove a backup car after a crash during Wednesday’s practice, watched Kaiser’s final lap, turned and quickly walked with McLaren principal Zak Brown toward a golf cart.